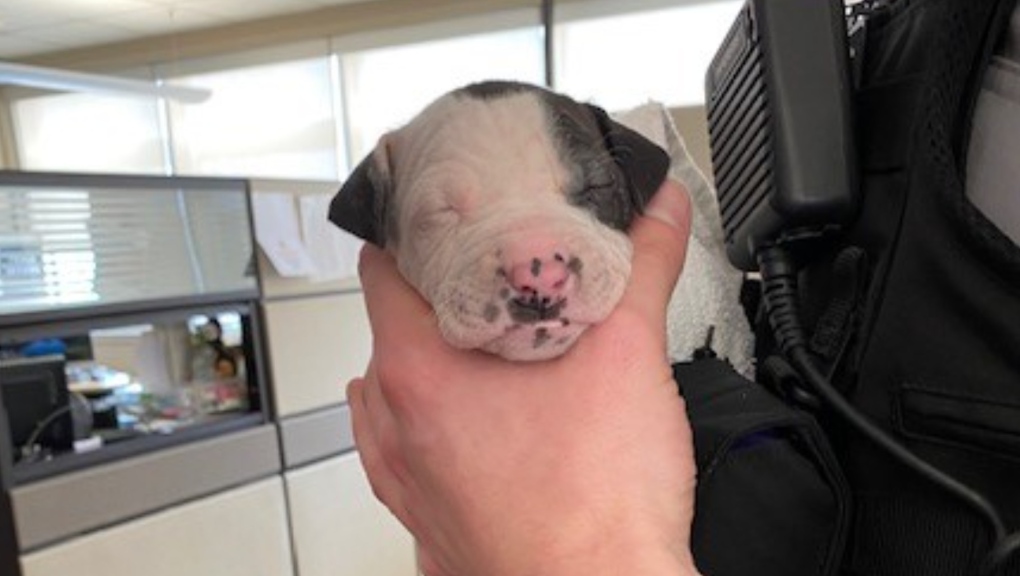 One puppy out of a litter of eight survived a house fire north of Edmonton's downtown. (Provided Image)

Three people, one newborn puppy and a second cat managed to escape the home safely.

The surviving puppy is doing well and is in the care of a veterinarian who agreed to foster it until it's claimed by the owner according to the city's animal & pest control department.

They say they arrived on scene at 111 Street and 110A Avenue three minutes later.

Edmonton police and fire investigators are working to determine the cause.