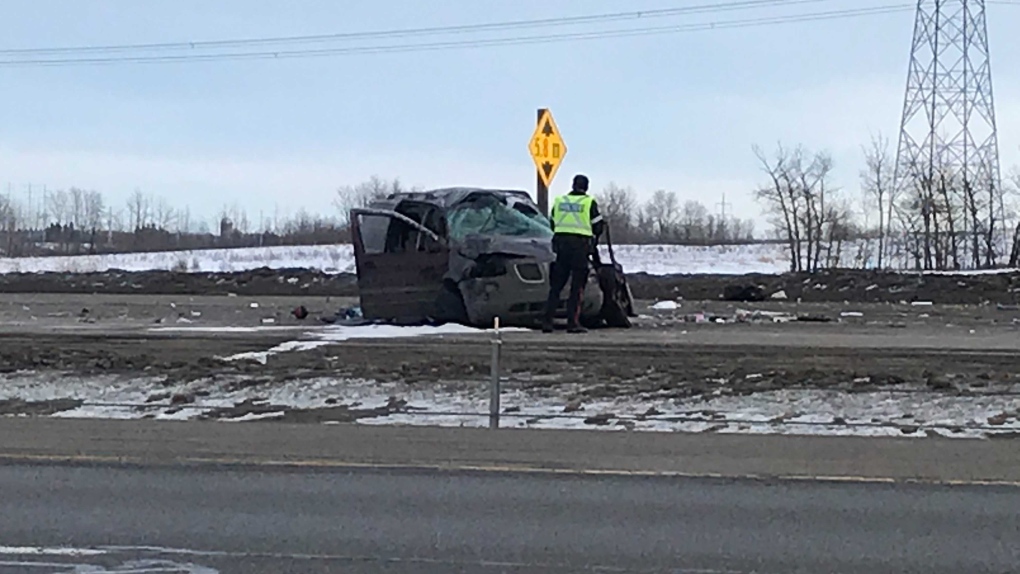 One person is in hospital after a crash on Anthony Henday Drive near 17 Street on Monday, Jan. 11, 2021. (Sean McClune/CTV News Edmonton)

EDMONTON -- A woman is in hospital following a single-vehicle collision in southeast Edmonton Monday afternoon.

Police say they received a report of a collision on Anthony Henday Drive at the Highway 14 exit.

It was reported that a Pontiac Montana was going eastbound on the Henday, took the exit and swerved, striking a sign and rolling multiple times.

Investigators believe speed was likely a factor in the collision.

The eastbound lanes of Anthony Henday Drive between 17 Street and the Highway 14 exit were closed for several hours due to the incident.