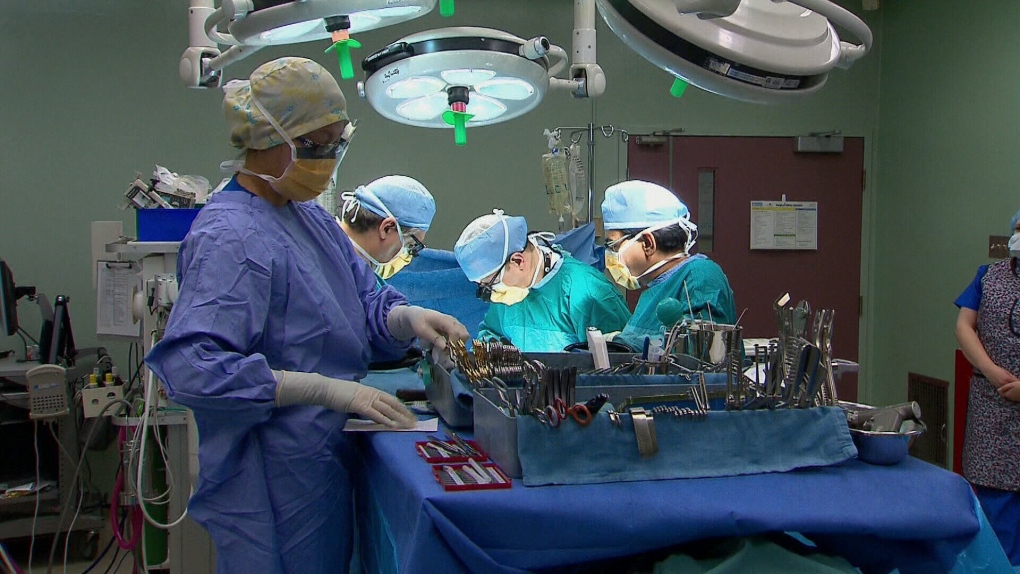 Approximately 15,000 surgeries have been postponed in Alberta amid the fourth wave of COVID-19.

Alberta Minister of Health Jason Copping told reporters on Thursday the province is increasing the number of surgeries from what Alberta Health Services had originally planned for the period from 25 per cent to 66 per cent.

"Obviously they're prioritizing the ones that are most important," he said.

Copping said no cancer surgeries are being postponed.

"But the reality is, we're still postponing surgeries every day."

According to the health minister, 30,000 surgeries were postponed over the first three waves of the pandemic. He added the province had caught up to those by August.

"We've had to postpone more surgeries," he said. "We are committed to working with AHS to get the surgeries rescheduled as quickly as possible. And we're seeing that happen now as we are reducing the COVID surge beds at this point in time, putting those resources back into doing surgeries."

'WE'RE NOT OUT OF THE WOODS YET'

Copping acknowledged surgery numbers are still fluctuating and pointed to that fact as a reason for unvaccinated Albertans to get their shots.

"It's really important," he said. "Continue to get vaccinated, which actually reduces the stress on our healthcare system, as well as to follow the Chief Medical Officer of Health guidelines.

"We're not out of the woods yet. Our system is still running over capacity in terms of the number of ICU beds that we have normally."

The latest numbers from the province show there are currently 146 COVID-19 patients in Alberta ICUs.

"Whether it's deaths or case counts or cancelled surgeries, it's clear this wave is among the worst," said Shepherd. "To those 15,000 Albertans, I want to give my deepest sympathies. I'm incredibly sorry for where this government has brought you, the pain and suffering they're causing you and your family."