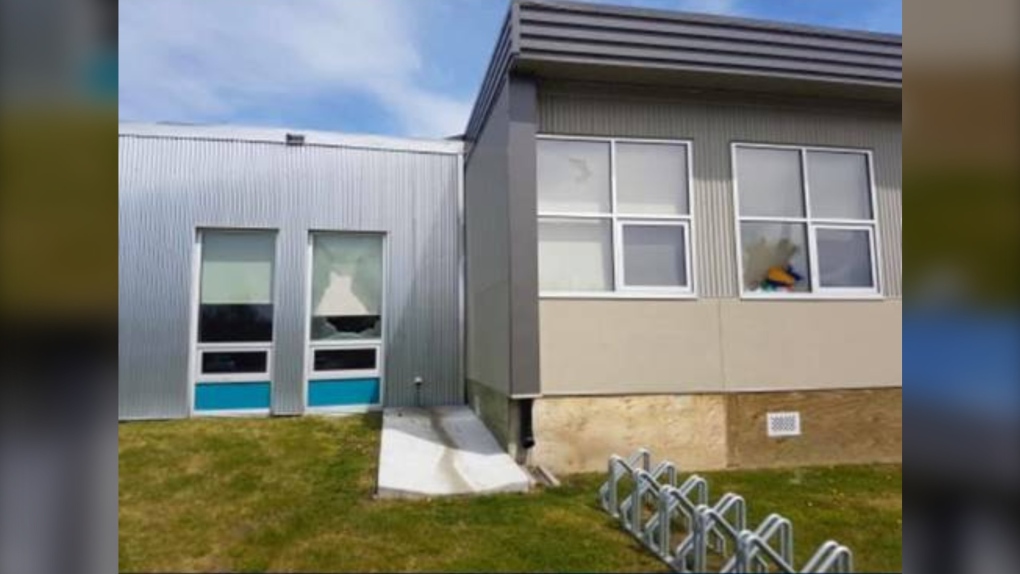 Windows smashed along the side of Fultonvale School. (Strathcona County RCMP)

EDMONTON -- Strathcona County RCMP are investigating after someone broke into a school and caused thousands of dollars in damage.

RCMP believe sometime between May 16 and 17, one or more people drove to Fultonvale School on off-road vehicles, smashed about 30 windows around the building and got into the school.

A broken Chromebook was found outside the school, but police do not believe anything else was stolen.

A BB gun and pieces of asphalt may have been how the people broke the windows, according to RCMP.

Approximately $15,000 in damages was done to the school, police said.

RCMP say there have been no arrests, and no similar incidents in the area.