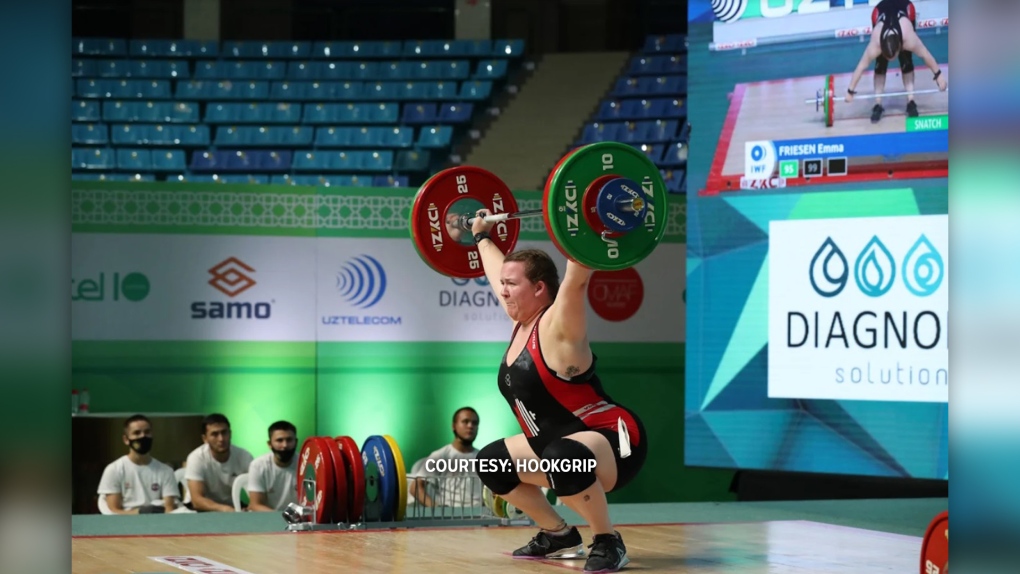 Emma Friesen won third place in both the snatch and for her total in the women’s 87 kilogram and over weightlifting class. (Source: Hookgrip)
EDMONTON -

Emma Friesen won third place in both the snatch and for her total in the women’s 87 kilogram and over weightlifting class.

This was the first Junior World Championship for the 19-year-old.

“This is the first international competition I’ve done in person,” said Friesen. “So it was a bit crazy going around the world.” 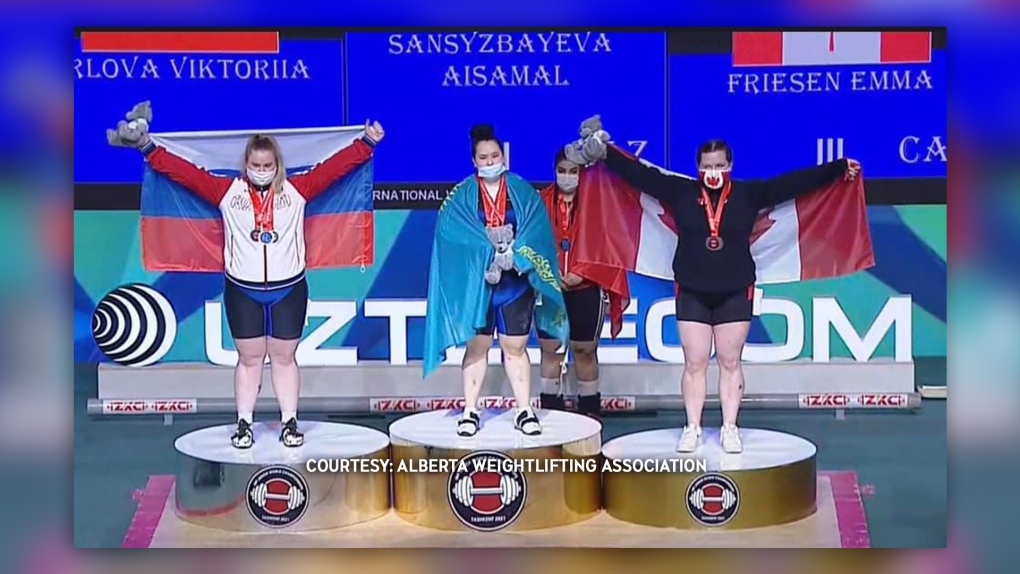 Emma Friesen won third place in both the snatch and for her total in the women’s 87 kilogram and over weightlifting class. (Source: Alberta Weightlifting Association)

Friesen says that both her mental focus and the amount of work she did to prepare for the competition helped her secure a medal.

“You’re here to lift, just focus on that.”

The 19-year-old’s advice for other aspiring athletes: “Find the right people that’ll help motivate you to do what you really want to do.”

Friesen says she is excited to compete in more international competitions. She has her sights set on the Junior Commonwealth Championships in Singapore this October.