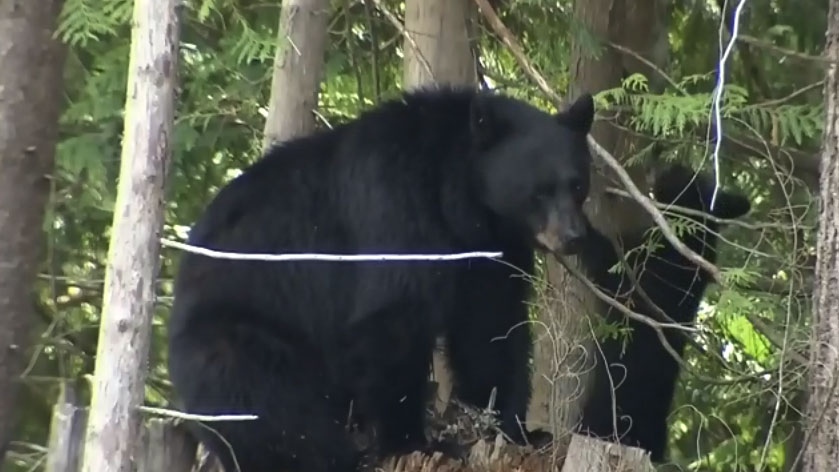 EDMONTON -- Two Americans have been banned from hunting in Alberta for one year and the local company that hosted their hunt owes thousands in fines after a black bear was illegally killed.

According to Alberta Fish and Wildlife, a group of people were involved in the killing of a black bear by an unlicensed hunter, and the submission of the kill under someone else's tag.

All pleaded guilty to the charges.

The black bear was killed in September 2017 near Gypsy Lake Lodge, southeast of Fort McMurray.

As well, Johnson was found to have brokered a contract with a pair of hunters – one of whom did not have a licence – to use one tag to cover off any potential kills.

When unlicensed hunter Casey Shafer killed a bear, North Point Outfitters guide Dalma Horth directed him to use Randy Shafer's tag when submitting a report to Fish and Wildlife.

The province requires all non-resident alien hunters who are hunting big game to have a guide or hunter host, who is supposed to help guest hunters follow local regulations.

Shafer's illegal kill was reported in August the next year.

Casey Shafer was charged for hunting without a licence. He was fined $2,000, forced to forfeit the bear mount, and handed a one-year recreational licence suspension.

Randy Shafer was given the same ban and fined $500 for allowing another person use his licence.

A $2,500 fine was given to their guide, Horth, who was charged for hunting without a licence. Horth is not allowed to outfit or offer guide services in the province for one year.

Johnson pleaded guilty to hunting without a licence and failing to submit records as required. In total, he was ticketed $14,000. Both he and Horth also have to pay restitution for Casey Shafer.

"It is our hope that these significant fines serve as a strong deterrent to any would-be poachers," Alberta Fish and Wildlife said.

"These regulations are in place to ensure hunting is sustainable, and that big game populations are not devastated. Unlawful hunts by professional outfitters have a negative impact on the reputation of the legitimate outfitting industry in Alberta."