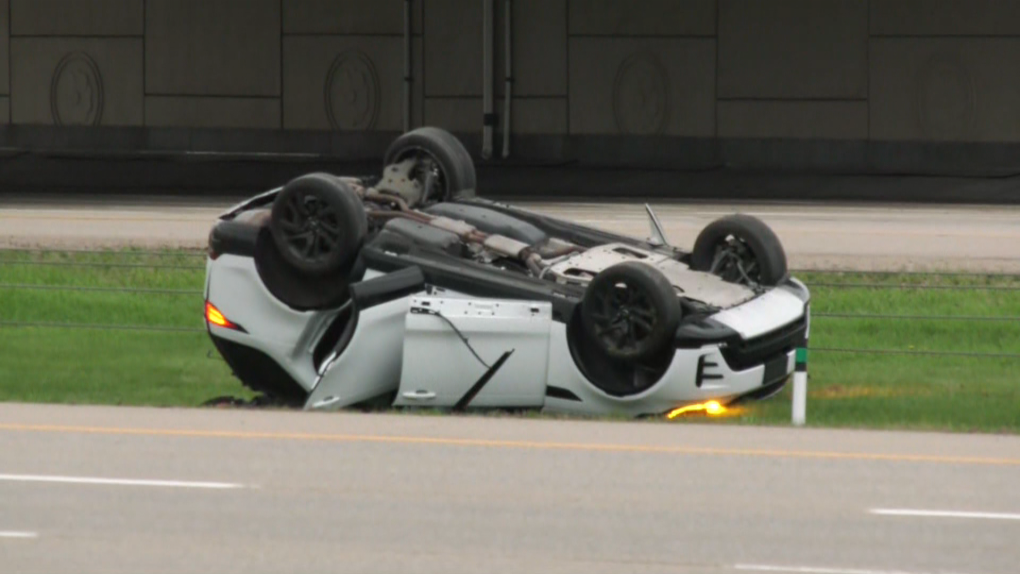 A 43-year-old woman and a 14-year-old boy were taken in stable condition to hospital after their vehicle rolled on Anthony Henday Drive near Mark Messier Trail around 8 p.m. on May 18, 2022.

A woman and a boy were expected to survive a rollover on Anthony Henday Drive Wednesday evening.

Alberta Health Services says a 43-year-old woman and a 14-year-old boy were taken in stable condition to hospital after the crash near Mark Messier Trail around 8 p.m.

An Edmonton Police Service spokesperson said the Land Rover was headed west at a "high rate of speed" when the driver lost control, veered off the road, and slid and rolled down the embankment.

The SUV came to a stop on its roof.

No other vehicles were involved, according to police, and speed is being considered a "major factor" in the investigation.

Anthony Henday Drive's westbound lanes between St. Albert Trail and Campbell Road were closed until around midnight while emergency responders were on scene.