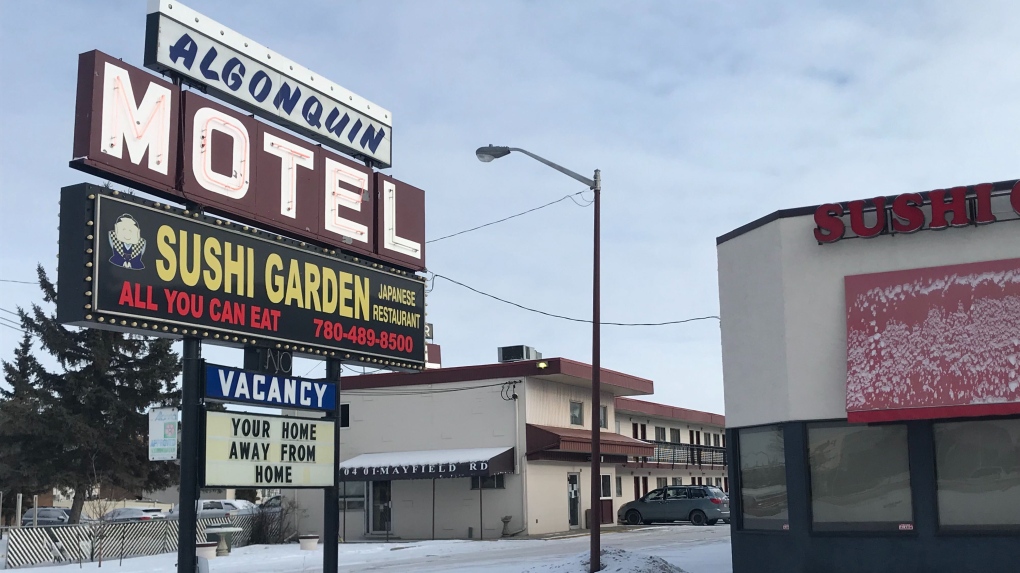 Police said a man was stabbed when a fight broke out between two groups of people inside a unit at the Algonquin Motel on Jan. 24, 2020.

EDMONTON -- A person who was stabbed in west Edmonton Saturday afternoon is in stable condition, police say.

Edmonton police were called around 4:30 p.m. to 104 Avenue and Mayfield Road, where they found two adult victims.

The stabbing victim's injuries were life-threatening, police said at the time.

The other victim had sustained what police called minor injuries.

Both were taken to hospital.

Police said the injuries resulted from a fight between two groups of people inside a unit at the Algonquin Motel.

The second person had been released.