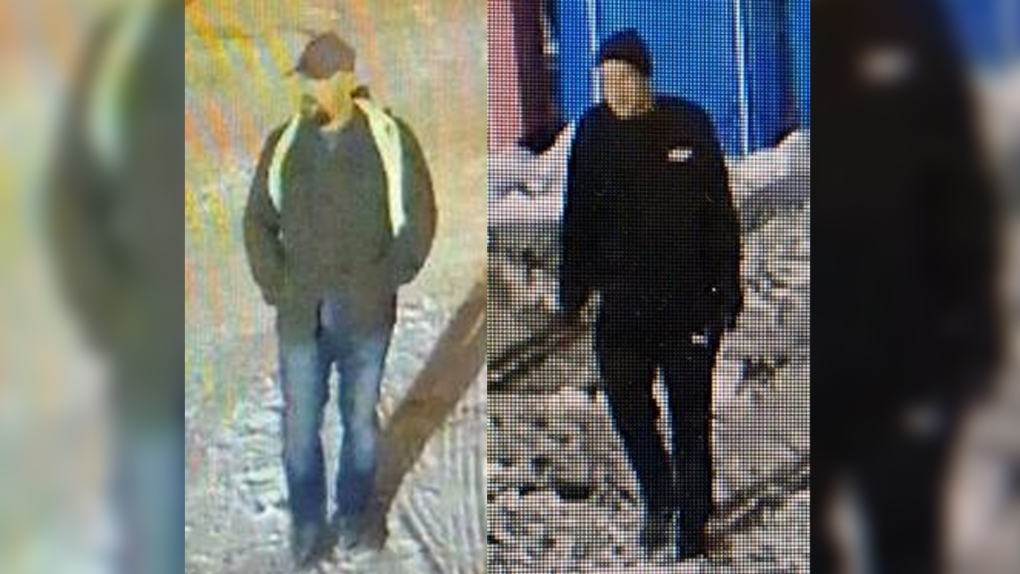 Police say these two men were involved in an armed robbery in Grande Cache. (Source: RCMP)

EDMONTON -- Police are on the lookout for two men in Grande Prairie who were involved in an armed robbery in Grande Cache.

The search started in the early morning hours on Monday after Grande Prairie RCMP learned of an investigation into an armed robbery in Grande Cache.

The vehicle believed to be involved in the robbery was found around 6:30 a.m. in the Grande Prairie area, and police attempted a high risk vehicle stop. They briefly pursued the vehicle, but stopped due to public safety.

Around 8 a.m., several schools in the Avondale and Royal Oaks are were put on hold and secure while officers and police dogs tried to locate the thieves.

Police were also informed of an attempted break-and-enter to a home in the area. Thanks to that report, they were able to arrest a woman, who is now in custody.

Two men believed to be involved in the armed robbery are still on the loose.

The first is described as white, wearing a black sweater, black pants, black boots and a toque and gloves. He had a tall, thin build.

The second is described as white, with a goatee and moustache. He was wearing blue jeans, a grey jacket and hat, and a light coloured backpack. He is tall with a heavier build.

The men are believed to be armed and dangerous, and should not be approached if they are spotted. Anyone who sees them is asked to call 911 immediately.