EDMONTON -- Many sporting and recreational activities have been temporarily suspended for two weeks as the government tries to slow the spread of COVID-19.

But Snow is questioning whether dance studios should be included in the shut down.

“We want to make sure it’s targeted in a way that will make a difference and we don’t believe that dance studios shut down will make that impact,” she said.

Many dance studios have gone above and beyond the required health measures. At the Edmonton Dance Factory students must wait to be escorted in the building, have their temperature checked and have their hands sanitized.

They’re then taken directly to their classroom where each student is assigned a dance square.

“They remain in that square for their entire class unless we’re doing something where they’re moving around but in that case they are masked if they cannot stay distant,” said Snow.

Alberta Health told CTV News Edmonton on Saturday that all indoor sport or team activities where two metres distancing is not possible at all times are included in the new restrictions.

“These activities have a high risk of spread due to exertion of participants, and often involve mixing and mingling before or after the class or activity,” Alberta Health said in an email.

But Snow argues there’s minimal risk with dance studios. She surveyed nearly 100 studios across the province and found only 16 students tested positive for the virus out of 400,000.

“We have identified 16 positive cases but they had nothing to do with the studio and there’s been zero transmissions in studios in Alberta since we re-opened,” she said. 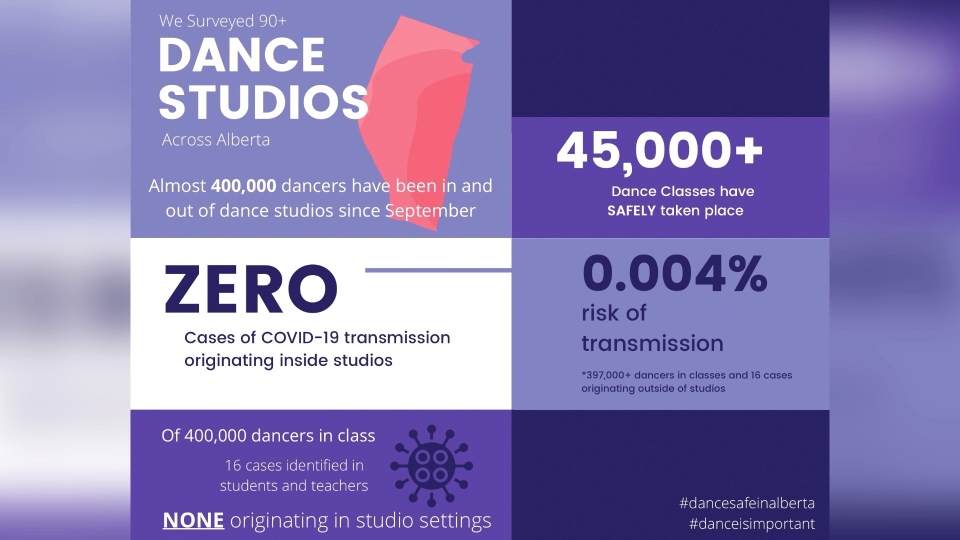 Dance classes are still being conducted - virtually - but Snow said it’s not an ideal option.

“If it’s only two weeks it might not be so bad,” she said. 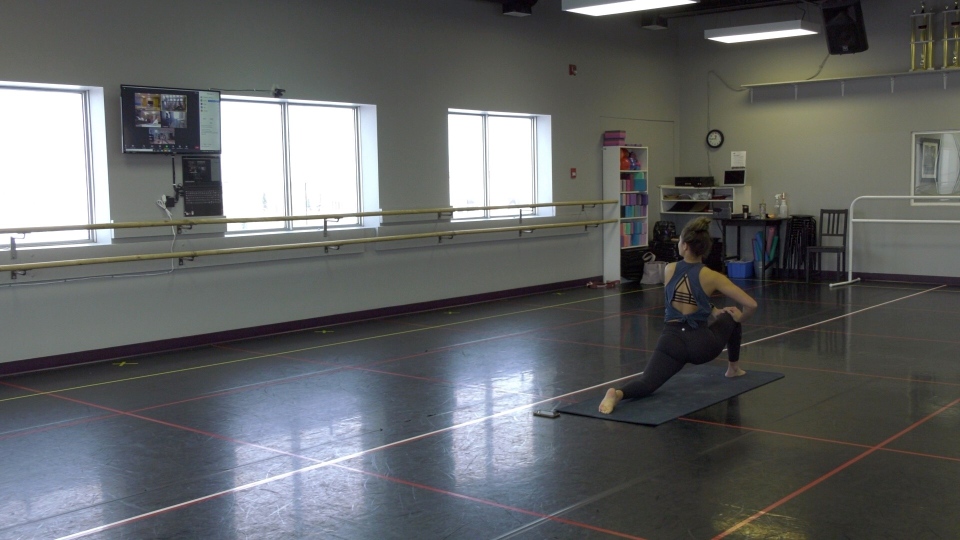 “But the thing is I’ve already had parents contact me saying they will not be continuing because they don’t want to do online dance so it has immediate impact on the business, it really does, and the thing is if we go longer, that impact increases.”

While other groups aren’t sure if they have to shut down.

“Fifty clubs, 4,000 members that want an answer so they know what to do,” said Kirk Jensen, the president of Pickleball Alberta.

Jensen said they have sent multiple requests for clarification. He even sent a letter to the premier and health minister.

“We get vague answers. We get answers similar to that all team sports will be affected by the restrictions and that doesn’t help us. It seems like it’s difficult for some people to want to commit to a solid answer for us on what we can or can’t do,” Jensen said. 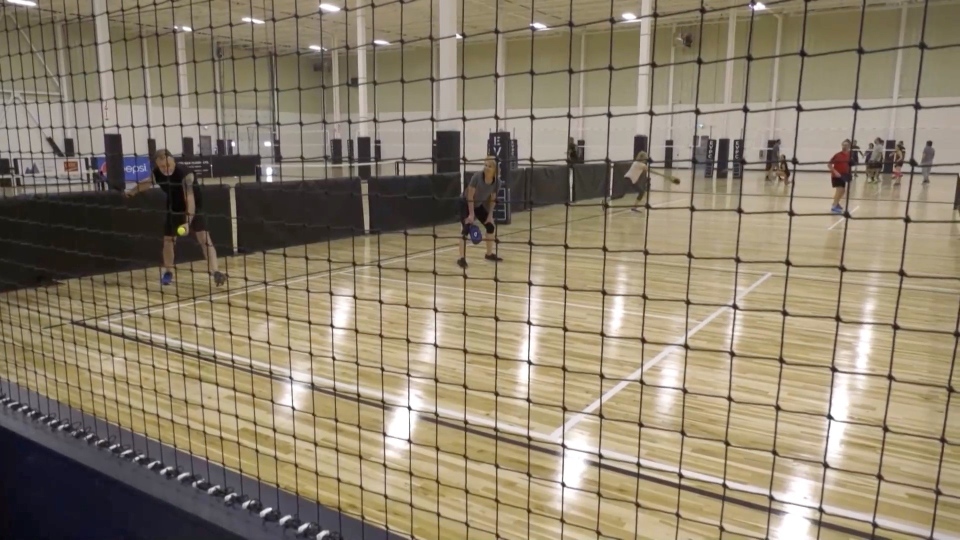 Pickleball, a mix between tennis, badminton and ping pong, has four people at most on a court at one time. Jensen says it’s not a high risk sport.

“It’s a much more strategic game and there’s not, if you’re running into each other it’s a mistake so there is really almost automatic distancing if you’re playing the game right,” he said.

Until there’s a concrete answer from health or government officials, Jensen said each club is doing something different.

“We do not want to interpret what the government’s trying to think but clubs started to do their own interpretations and I can tell you it’s everything from shutting down to playing singles, to playing partners where you don’t change your partner,” he said.

When CTV Edmonton asked Alberta Health if these new restrictions could be reviewed and changes made they said “The measures are intended to be temporary and will be in place until Nov. 27.”