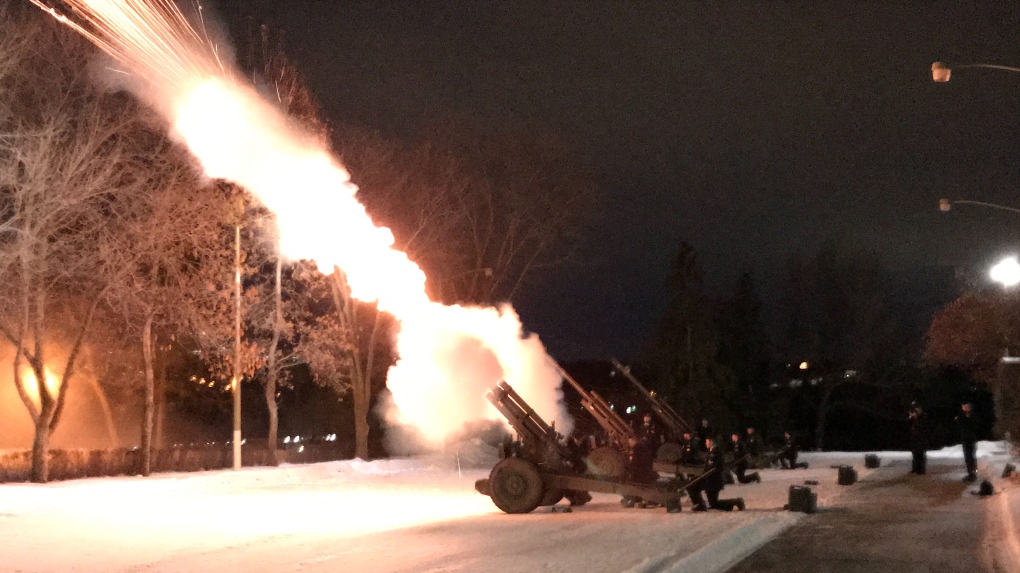 The 20th Brigade Canadian Field Artillery celebrated its 100th birthday on Feb. 2, 2020, with a 15-gun salute at the government house.

EDMONTON -- What may have sounded like a series of explosions Saturday night in downtown Edmonton was a 15-gun salute by the 20th Field Regiment of the Canadian Royal Artillery in honour of its 100th anniversary.

Today, the regiment consists of the 61st Field Battery, stationed in Edmonton, and the 78th Field Battery based out of Red Deer and is an active reserve unit in Alberta and serves as the Ceremonial Salute Regiment for the Province.

The 20th Brigade Canadian Field Artillery was formed on Feb. 2, 1920, and consisted of the 61st Battery, the 78th Battery, and the 20th Heavy Battery. It participated in numerous battles in Europe during the Second World War.