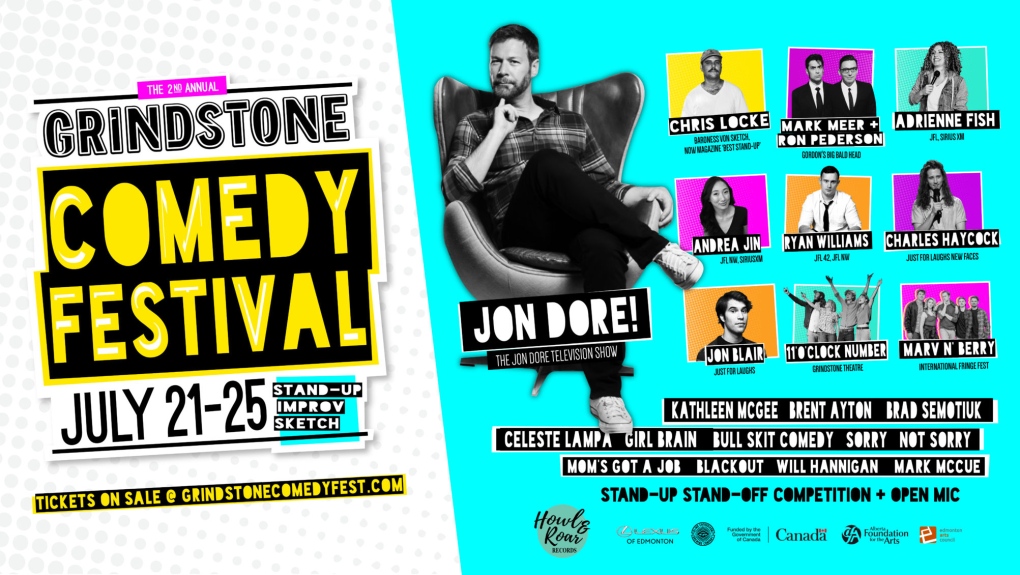 EDMONTON -- The Grindstone Comedy Festival is bringing back laughs to Edmonton’s core.

The comedy festival first appeared in 2019 but was forced to cancel in 2020 due to the pandemic.

“This is kind of like the remounted second festival. Some of the response that we have had is the excitement of the first gig back – overall, just excited to be performing again,” said artistic director Byron Martin.

“We’re running four festivals back to back so we are ready to get going for sure,” he added.

Martin says the overall response has been overwhelming. He called the Grindstone a place where stand-up comedians “cut their teeth” on the live stage.

Kathleen McGee, festival producer, says there is plenty of great local talent and talent across Canada.

“I think every performer is so excited to get back on stage because it was kind of sad and scary for a while,” said McGee.

McGee says the festival is based strictly on talent at home – a “grass-roots comedy festival."

“There are going to be some really fun and funny jokes,” said the festival producer.

“We want everyone to understand how much talent is here. I think everyone will be blown away."

Safety measures will be in place with masks recommended.

Tickets can be found online.