3 charged after Edmonton police seize $180K worth of drugs 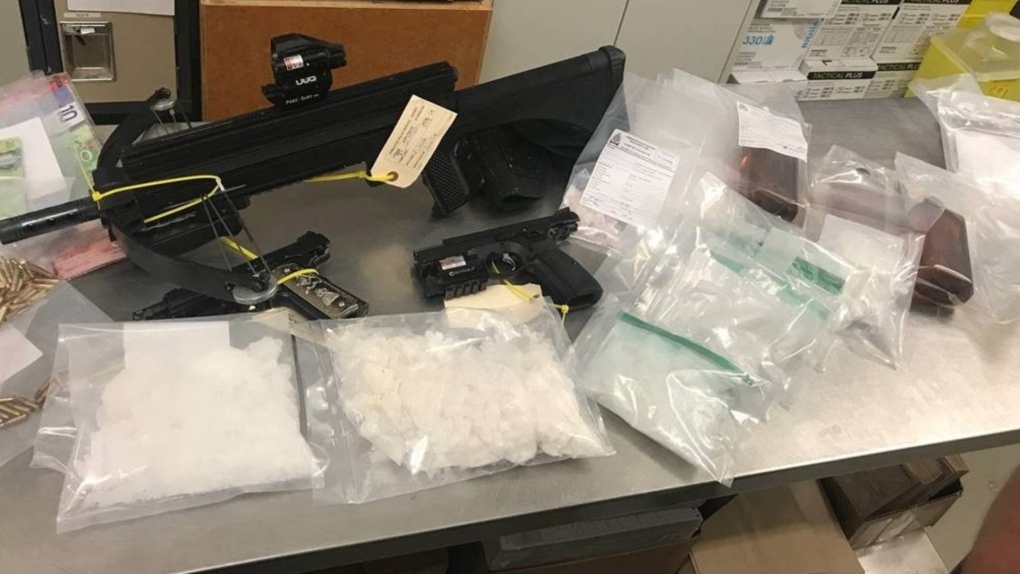 Edmonton police seized drugs with a street value of $180,000 after a four-month investigation. (EPS)

EDMONTON -- Three Edmontonians are facing a total of 24 charges after a four-month drug-trafficking investigation.

The Edmonton Police Service began to investigate Wade Rodger, 44, in January, and on April 29, he was pulled over and arrested with Leah Sanche, 38.

EPS says it found a loaded 9-mm handgun that was stolen, approximately 500 grams of methamphetamine and $1,500 in the vehicle.

That same day, police conducted a search warrant in northeast Edmonton and found, in part:

David Berry, 39, was arrested at the home.