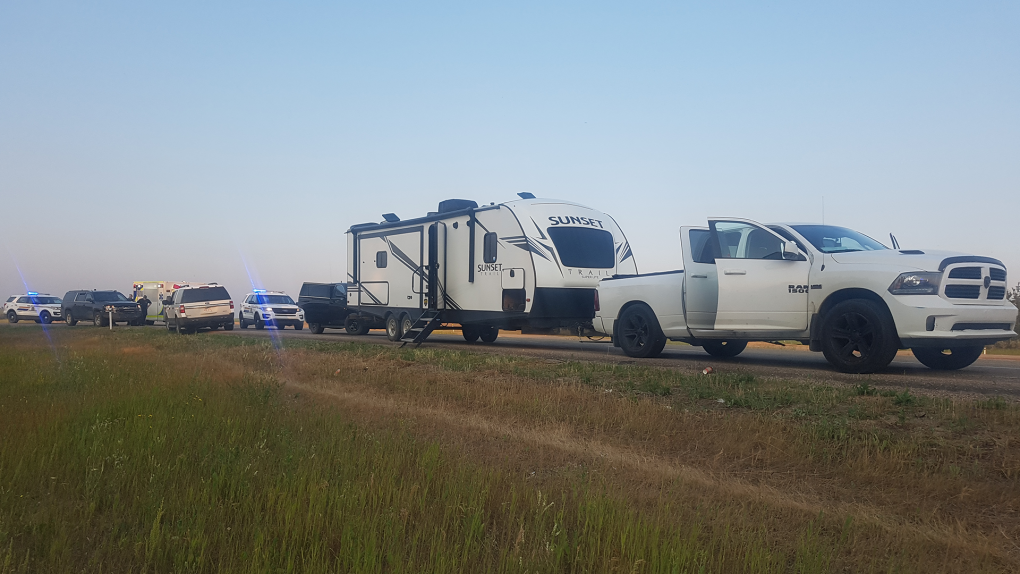 Four people were charged after police found cash, drugs and an imitation handgun during a traffic stop, according to RCMP.

On July 29, RCMP were conducting routine traffic patrols on Highway 16 near Minburn. RCMP pulled over a truck pulling a trailer after an officer noticed the plates didn’t match.

RCMP said the trailer was stolen from Parkland County and the driver of the truck was prohibited from driving.

While the officer was checking the vehicle, the driver and passenger fled into a wooded area, according to RCMP. Additional officers and police dogs were called and both people were arrested.

RCMP said two other people were found inside the trailer and arrested. 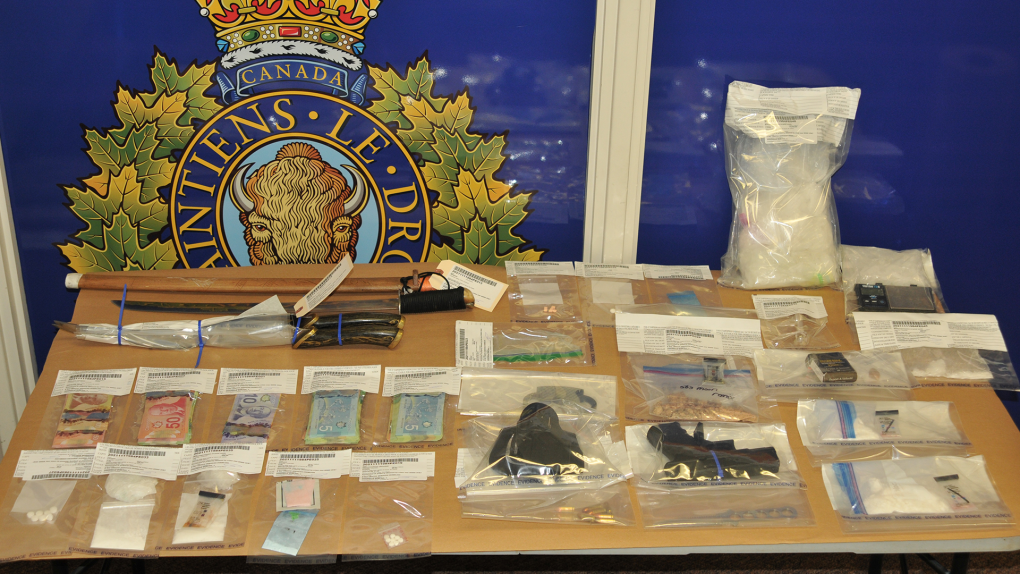 Lance Larin, 44, and Karley Rylaarsdam, 33, of Edmonton have been charged with numerous offences, including possession of stolen property over $5,000 and possession of a prohibited weapon

Larin and Rylaarsdam are in custody and expected to appear in a Lloydminster court on Aug. 3.

RCMP have also charged Kelly Sanderson, 28, of Sherwood Park with three offences, including possession for the purpose of trafficking in a controlled substance. Sanderson is expected in a Vermilion court on Aug. 16.

Matthew Fairweather, 38, of Edmonton is also charged with possession for the purpose of trafficking in a controlled substance. He is also expected in a Vermilion court on Aug. 16.

Four space tourists ended their trailblazing trip to orbit Saturday with a splashdown in the Atlantic off the Florida coast. Their SpaceX capsule parachuted into the ocean just before sunset, not far from where their chartered flight began three days earlier.

A campaign that started with anger over Justin Trudeau's decision to call an election in the midst of the COVID-19 pandemic is ending amid anger over conservative premiers' handling of the health crisis.