4 sent to hospital in QEII rollover near Ponoka 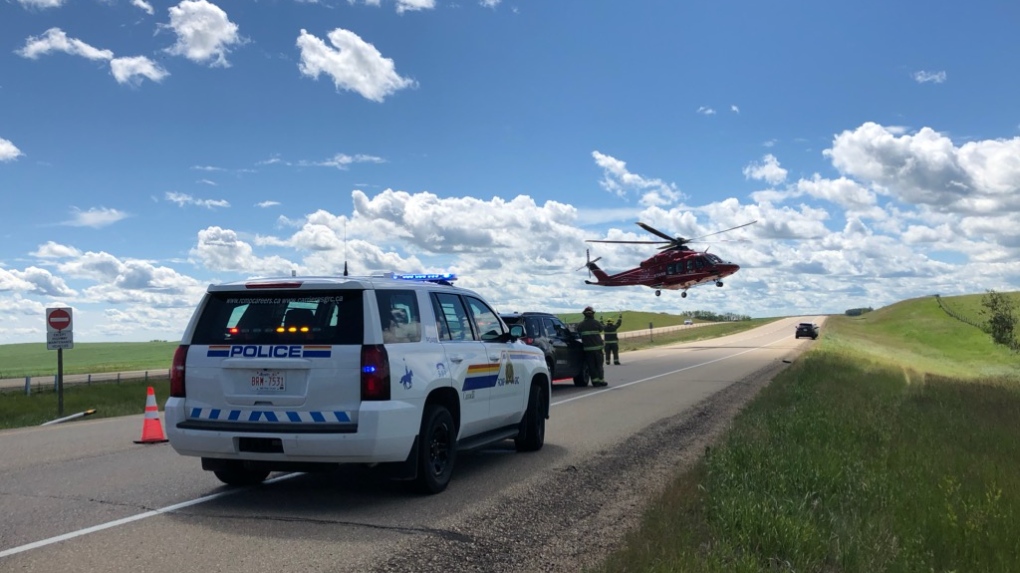 Four people were sent to hospital July 10, 2020, after the vehicle they were in rolled on the QEII north of Ponoka near Menaik Road. (Source: RCMP)

EDMONTON -- Southbound QEII traffic north of Ponoka was reduced to one lane Friday afternoon due to a collision that sent four people to hospital.

According to RCMP, all four people were in the same vehicle and were taken to Edmonton. One had to be flown by STARS.

Police say the rollover happened around 11:30 a.m. near Menaik Road. No other vehicle was involved.

Mounties said traffic was expected to be delayed for several hours for the investigation and cleanup.