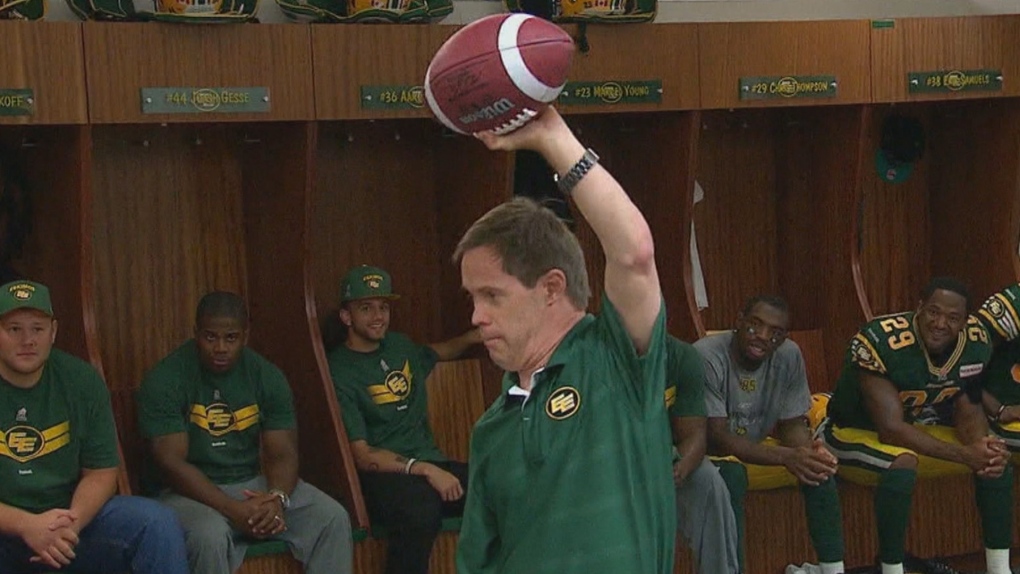 The money raised from the 50/50 draw held in honour of former EE Football Team locker room attendant Joey Moss will go toward the Joey Moss Memorial Fund created by the Winnifred Stewart Association.

EDMONTON -- The winning ticket for a record-breaking 50/50 raffle held by the CFL's EE Football Team has been claimed.

The team said in a release Monday that John Groff of Edmonton is taking home the winner's prize of $495,900 for the draw, which was held in honour of former EE Football Team and Edmonton Oilers locker-room attendant Joey Moss.

The remainder of the pot, minus administration fees, will go toward the Joey Moss Memorial Fund created by the Winnifred Stewart Association, a group that empowers people with disabilities.

Moss, who was born with Down syndrome, passed away at the age of 57 this past October. No cause of death was given.

He first became an attendant with the Oilers in 1984 before joining the Edmonton Football Team two years later, holding both positions for over 30 years.

Moss was a favourite in Edmonton among fans and players. He was later given a Queen Elizabeth II Diamond Jubilee medal for his contributions and achievements in 2012 and was later inducted into the Alberta Sports Hall of Fame in 2015.

This report by The Canadian Press was first published Nov. 23, 2020