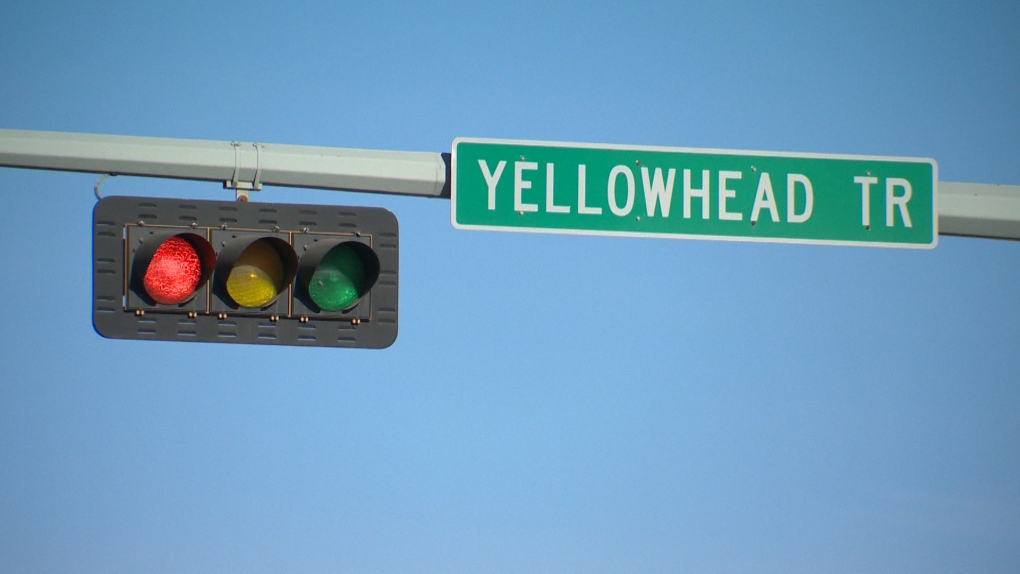 The concept plan for what the City of Edmonton is calling "the largest and most technically complex project of the Yellowhead Trail Freeway Conversion Program" has been completed.

Work to upgrade the 4.3 kilometre stretch between St. Albert Trail and 97 Street is expected to cost roughly half of the freeway conversion's $1-billion budget, the city said in a news release.

The city came up with the plan after 18 months of technical evaluation and public engagement.

"The option we selected best meets the goal of providing free-flowing traffic along Yellowhead Trail while offering convenient access to adjacent communities and arterial roadways,” Kris Lima, director of the Yellowhead Trail Freeway Conversion Program, said in the news release.

The plan includes two new pass under interchanges at 127 Street and 115 Street. 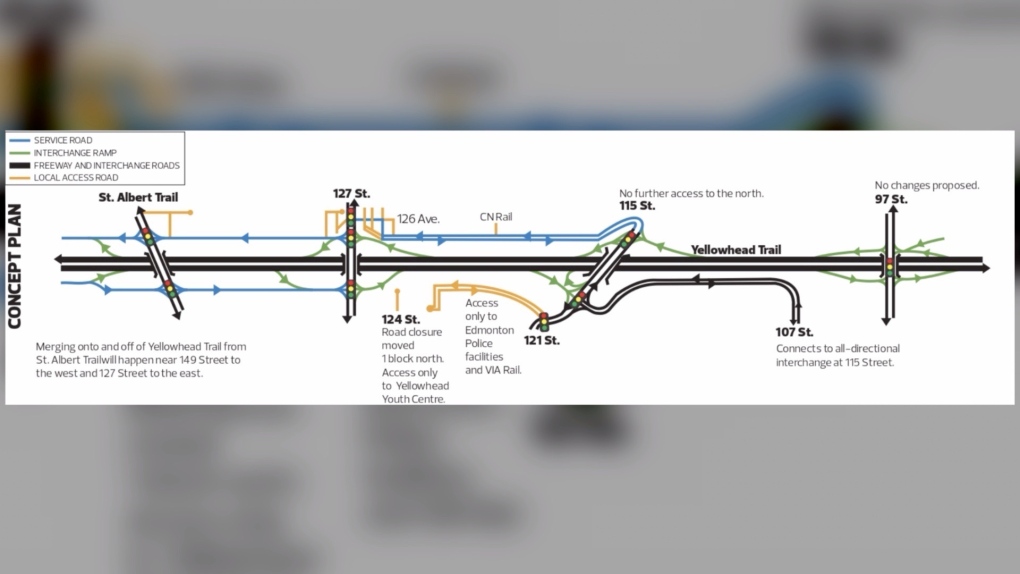 Traffic lights at the 127 Street, 124 Street, 121 Street and 107 Street intersections would be removed if the plan moves forward as is.

The freeway would also be straightened between 121 Street and 107 Street, in order to accommodate plans for a future LRT bridge.

The plan does not require the purchase of any residential land, though some commercial properties would need to be acquired by the city.

The concept was selected from several options that were presented to the public last year.

The next step will be the design phase which will begin in the fall.

Construction is expected to start in 2023, with completion targeted for the end of 2027.