EDMONTON -- A hefty reward has been put up for information that leads to the arrest of a man wanted for first-degree murder in a fatal shooting at an Edmonton nightclub last year.

Amin Yussuf, 29, was charged with murder in the shooting death of 26-year-old Abubeker Gemechu Abduraman at Xhale Lounge. He has evaded police for nearly a year and Canada-wide warrants have been issued for his arrest.

Police say on March 24, 2019, Abduraman was found dead inside the lounge while two others sustained gunshot wounds. Yussuf was also charged with two counts of attempted murder using a firearm and unauthorized possession of a firearm.

Yussuf is described as a black man with brown eyes and black hair, six feet tall and 180 pounds. 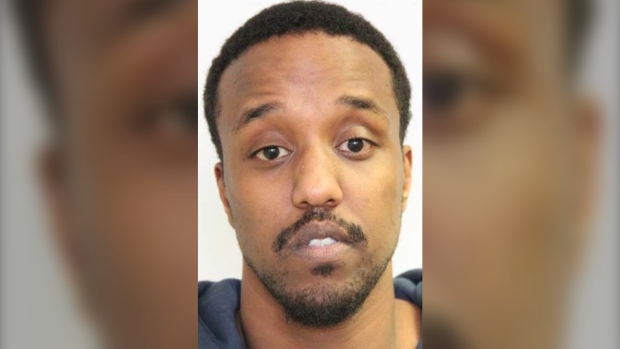 Police say he has connections to Yellowknife and Hay River, Edmonton, Prince Albert and Toronto and is known to use aliases including Abdirizak Yussuf, Craig Yussuf, Mohemed Yussuf, Mohemed Mohamed and Mohammed Farrah.

Edmonton police have partnered with the Bolo Program, which "amplifies police requests for public assistance on most wanted cases," to offer a $50,000 reward for anyone who provides information leading to Yussuf's arrest.

"Major rewards seems to be an incentive to get the right people to call in, and the fact that they expire is also an extra incentive to call…right now," said Max Langlois, general manager of the program.

Police say they're not looking for anyone to testify or provide witness accounts at this point.

"This case is ready to go to trial. What we're looking for is Yussuf's location," said EPS Supt. Brad Doucette.

Doucette also had a message directly for Yussuf: "We are looking for you and we will do everything in our power to ensure you are held accountable for the violence and fear you caused in the early morning hours of March 21, 2019."

Anyone who sees him is asked to stay away as Yussuf is considered armed and dangerous, and instead call 911 or Crime Stoppers immediately.