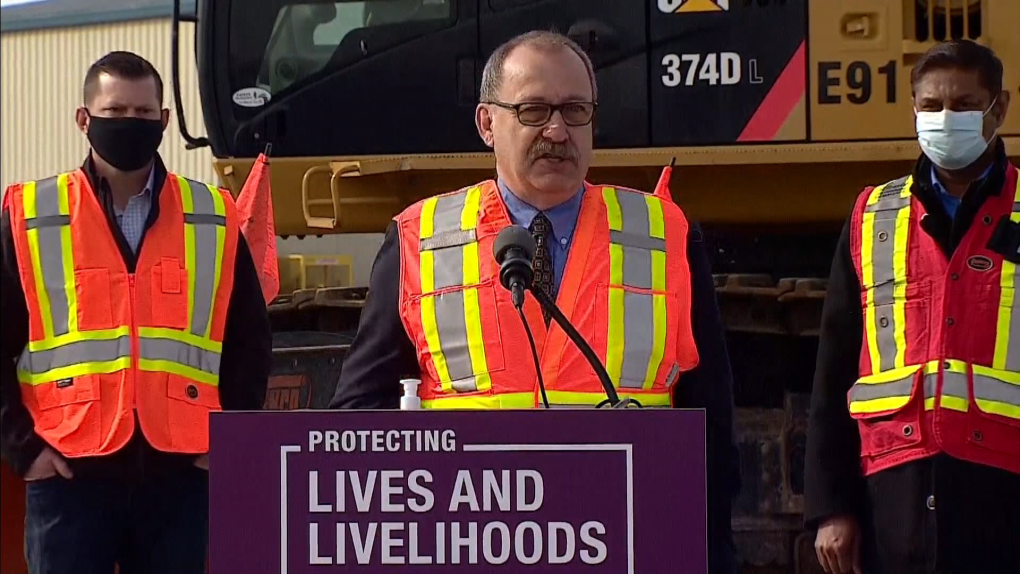 EDMONTON -- The nearly $1.5 billion investment made in Budget 2021 for highway rehabilitation and bridge construction will support 7,500 jobs in Alberta.

At a press conference on Friday, the ministers of transportation and infrastructure announced that the funding previously announced in Budget 2021 would support the 7,500 construction jobs in all corners of the province on more than 260 projects.

“By pre-emptively investing in maintenance, we will dramatically reduce the need for expensive infrastructure repairs in the future,” McIver said.

“This approach ensures we prioritize our existing infrastructure while allowing remaining funds to still be available to expand our highway network.”

Fred Desjarlais, Alberta Raodbuilders and Heavy Construction Association board member and Volker Stevin COO, said for every dollar invested in infrastructure it delivers a 20 cent increase in gross domestic product in Alberta.

Of the 260 projects, five are slated for construction in the Edmonton area. These include:

Another 13 in the Edmonton area will begin project design. These include Highway 13A repaving from Highway 13 to Highway 13 (seven kilometres of road work) and the Highway 19 twinning project.