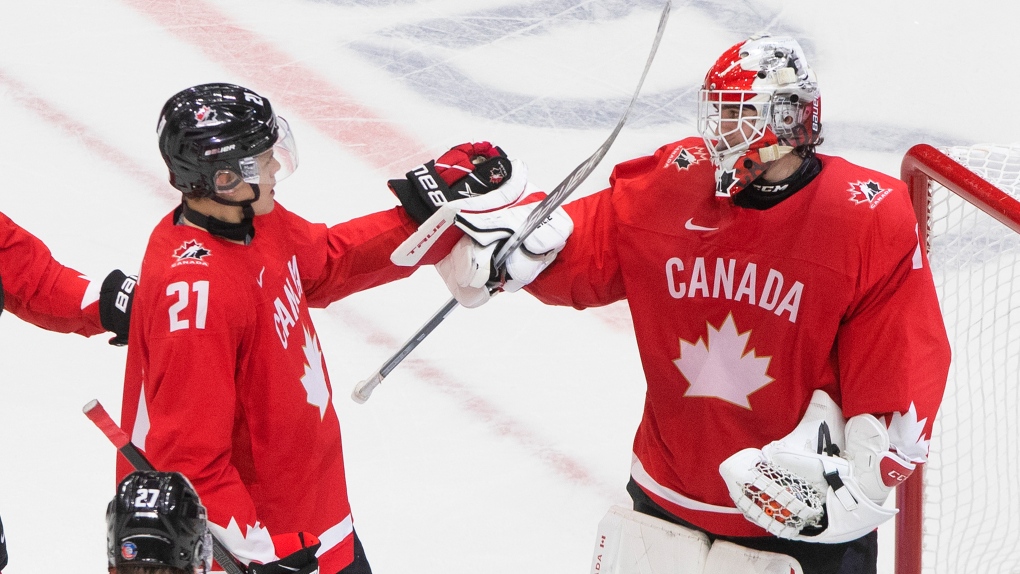 Seven Albertans from seven different cities across the province have been given the chance to crack Team Canada’s roster for the 2022 World Juniors coming up in Edmonton and Red Deer later this month.

Hockey Canada released the names of the 35 players invited to selection camp, set for Calgary between Dec. 9 and Dec. 13.

Canada will play two selection camp games on Dec. 11 and Dec. 12. Twenty-five players will make the cut to represent Canada at the World Juniors.

Cossa was one of three netminders invited and is expected to compete for the starting role with Dylan Garand who served as back-up on last year’s squad.

Sherwood Park defenceman Kaiden Guhle, 19, is expected to return from last year’s team where he scored twice and added an assist in seven games. Also on Wednesday he was traded from the Prince Albert Raiders to the Edmonton Oil Kings.

The Montreal Canadiens draft pick is also considered to be among the favourites to be named team captain.

Lethbridge forward Ridly Greig is looking to make the team after being invited to camp last year.

The World Juniors gets underway on Boxing Day in both Edmonton and Red Deer, with the gold medal game set for Jan. 5 in the provincial capital.

Last year’s tournament was played at Rogers Place without fans due to COVID-19 protocols.

Team Canada rolled through much of the tournament but was shutout 2-0 by Team USA in the gold medal game.

On the road to Edmonton and Red Deer... 🍁

Where unmarked graves have been found at Canada's residential schools