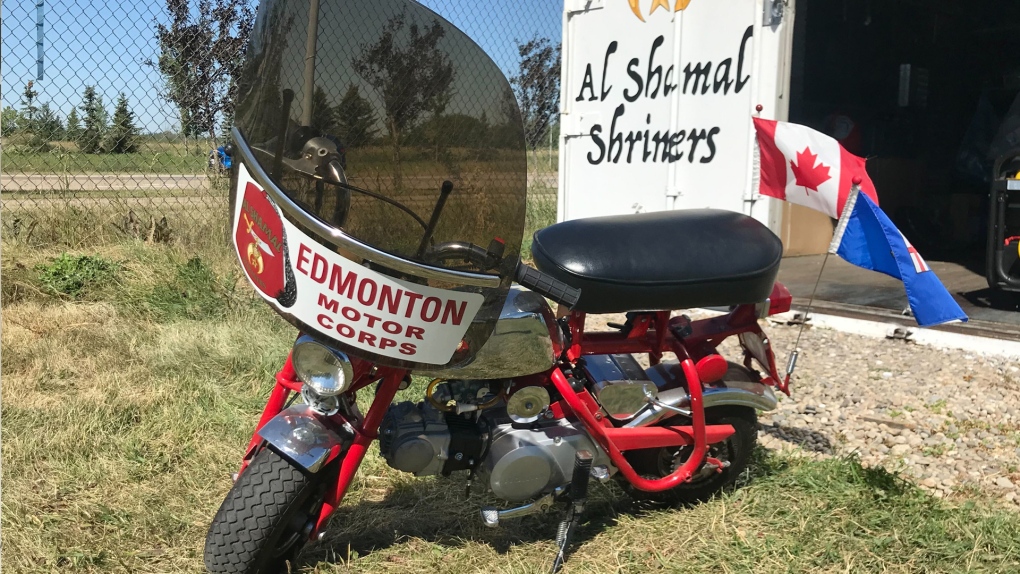 The charity organization Al Shamal Shriners is asking the public to keep an eye out for seven stolen mini bikes.

The bikes are 1966 and 1967 Honda ZM Monkey Bikes. The Shriners Motor Corps uses the bikes in parades and for volunteer activities.

“A month ago someone broke into our container and stole two bikes and a lot of tools,” Motor Corps president Jim Matheson told CTV News Edmonton.

“Last weekend they broke into the trailer again and stole five bikes, so now we’re short a total of seven bikes.”

The Shriners have owned the bikes since the late 70s or early 80s.

“A lot of work has been put into maintaining them and keeping them running.”

Matheson says the loss of the bikes will cost the group money that would otherwise have been donated to charity.

The bikes are rare, and anyone who sees one being ridden around town or up for sale is asked to call Edmonton police at 780-423-4567.