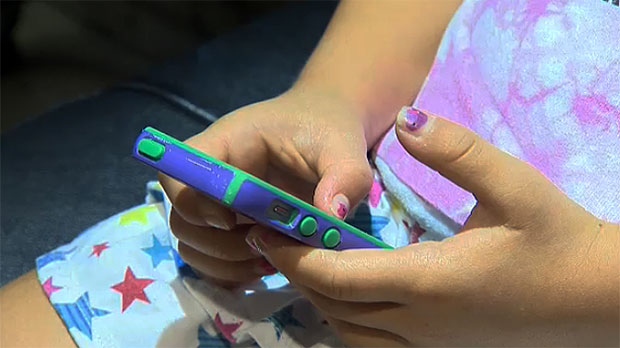 Experts say children may experience discomfort during or after using a digital device.

EDMONTON -- A new Angus Reid survey, commissioned by the Alberta Association of Optometrists (AAO), shows children under 18 are spending around 40 to 60 per cent of their waking hours on digital devices.

The survey also found 75 per cent of Alberta parents are worried about the effect this is having on their children’s eyesight.

The AAO is concerned about digital eye strain and myopia in people under 18.

“Our world has become exceedingly digitized, and children’s vision and eye health have been impacted as a result,” the AAO said in a news release.

Digital eye strain is the discomfort people can feel after looking at screens for more than two hours at a time. The AAO lists a lower attention span, headaches and pain in the neck, back or shoulders as symptoms of digital eye strain.

They said increasing text size, positioning the screen below eye level and reducing overhead light are some ways to help prevent the strain.

“What we would really recommend is an eye health break… called the 20/20/20 rule,” said Dr. Randy Poon with the AAO. “Every 20 minutes, take a 20 second break and look at something 20 feet away.

"What this does is it allows our eyes to relax, kind of defocus.”

The AAO also has recommendations on how much time children should spend each day looking at screens:

They add it can be difficult to accurately monitor the amount of screen time children have when combined with school, especially during the pandemic.

“However, parents should consider the impact on their child’s development and needs,” the AAO said.

Myopia, or nearsightedness, is another concern for the AAO. The condition is where people can clearly see objects that are close to them, blur things blur at a distance.

Myopia can lead to a higher risk of developing glaucoma, cataracts and retinal detachment when developed at a young age, according to the AAO.

The organization noted the importance of eye exams for children to be able to diagnose conditions like myopia.