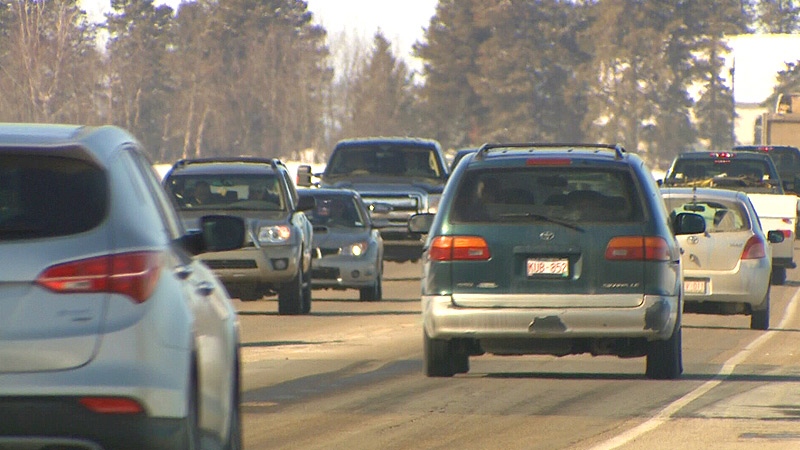 EDMONTON -- The federal, provincial, and municipal government are coming together to break ground on the twinning of Highway 19 west.

$79 million is committed in the joint investment to twin 3.5 kilometres of highway, widen Highway 60, install new traffic lights and other intersection improvements along Highway 19.

According to the transportation ministry, about 10,000 vehicles travel on Highway 19 daily.

Twinning Highway 19 – between the QE II and Highway 60 – is a three-step project, according to Minister of Transportation Ric McIver.

The first phase was completed in September 2019 and focused on the east section. The highway between the QEII and Range Road 253 was twinned.

Funding announced Monday will go towards the second phase of the project to twin and improve the west section of highway east of Highway 60.

The remaining middle section of road, from Range Road 261 and Range Road 253, remains in the preliminary design phase McIver said. The province is undergoing construction design, utility line relocation, land acquisition, and imitating environmental permitting so that the remainder of construction can occur in the near future.

McIver said there have been over 223 collisions on Highway 19 in the past five years alone, resulting in 81 injuries, two fatalities, and 166 instances of serious property damage.

“I think we can all agree that is 223 collisions too many, and two lives lost too many. We need to make improvements,” McIver said.

For Devon Mayor Ray Ralph, twinning Highway 19 represented a significant step toward improving commuter safety by increasing the amount of lanes from one in each direction to a divided four lane highway.

“We are a commuter community here in Devon,” Ralph said.

“We have seen Highway 19 in the news far too many times over the years for the wrong reasons.”

McIver added that twinning Highway 19 will also represent a critical investment in supporting industrial activity in the region, including cargo traffic from the Edmonton International Airport and oil and gas sector.

Ralph said twinning Highway 19 has been a priority for Devon and area residents for over 10 years.