$80K in drugs and cash seized after 3-month drug investigation 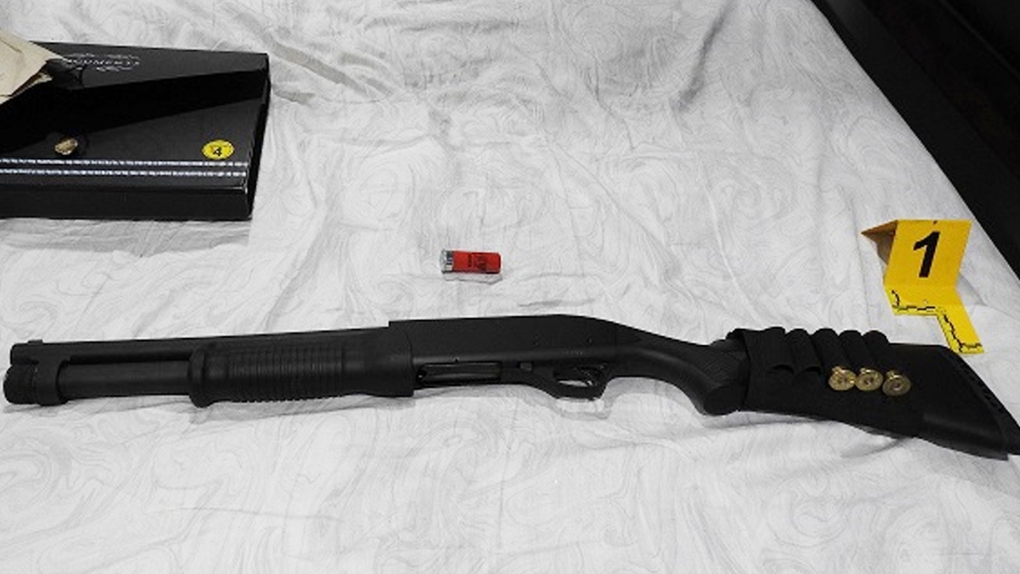 A shotgun seized during a warrant execution related to a drug investigation. (Source: Edmonton Police Service)

EDMONTON -- Three people are facing charges after police seized more than $80,000 in drugs and cash after a three-month investigation.

The investigation started in October 2020 into the suspected drug dealings of a 36-year-old Edmonton man.

On Jan. 8, members of the Edmonton Police Service and the RCMP Emergency Response Team executed search warrants at two homes, one in Pinnacle Ridge Estates in Sturgeon County, and the other in Sherwood Park.

A man and two women were arrested, and police found a variety of drugs, weapons, ammunition, identity documents and cash, including:

Landon Borkowski, 36, Carley Rycroft, 27, and Ashley Sherwin, 40, are facing over 35 combined criminal charges, including possession for the purpose of trafficking, production of a controlled substance, proceeds of crime over $5,000, possession of identity documents, possess body armour without valid permit and possession of a firearm/ammunition contrary to an order.

Borkowski has also been charged under the child and family enhancement act and the drug endangered children act because drugs and guns were in the presence of a child.