An Edmonton fan who travelled more than 11,000 kilometres to watch Canada play in person remains in high spirits, despite the elimination of the national men's soccer team from the World Cup.

"Both our goals scored at the World Cup were scored by Albertans," Zima said. "They both played in the Alberta Soccer Association."

Zima says the trip to Qatar was a once-in-a-lifetime experience.

"I had never hugged so many strangers," he said with a laugh. "Fans from everywhere are so friendly, so open, so happy that Canada is here." 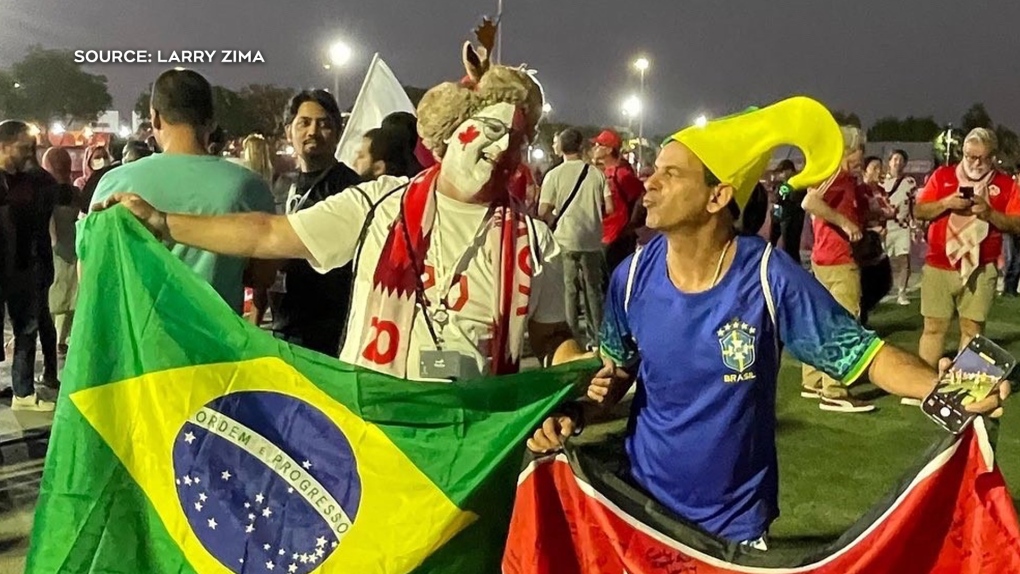 While there was some disappointment in ending Canada's World Cup run with no wins, Zima said the groundwork had been laid for a strong comeback next time.

"The result wasn't what we wanted," he told CTV News Edmonton. "But the boys competed hard."

"We showed we could compete," he added. "It will only help improve us."

He's excited to see what another four years of training and competing for the men's squad will do for them when the next World Cup rolls around in 2026.

"Four years from now, we aren't going to be so devastated," Zima predicted. "We're into an exciting cycle for the program."

"(This World Cup) it's a giant step," he added. "It's exciting to know we are on that cusp, that we are that close to moving to the next level."

Fans taking in the action in Edmonton at The Pint agreed.

"It's been so inspirational to see the Canadian men's team come out and play such a strong game," said Silvia Sorensen.

"There's kids out there that are watching this and they want to be the next star to play for Canada," added Jason Sudyk. "I think it's going to be huge."

Adding milk to coffee may be anti-inflammatory: Danish study

Federal NDP Leader Jagmeet Singh says he will sit down with Prime Minister Justin Trudeau this afternoon to discuss private health care ahead of next week's summit with premiers.