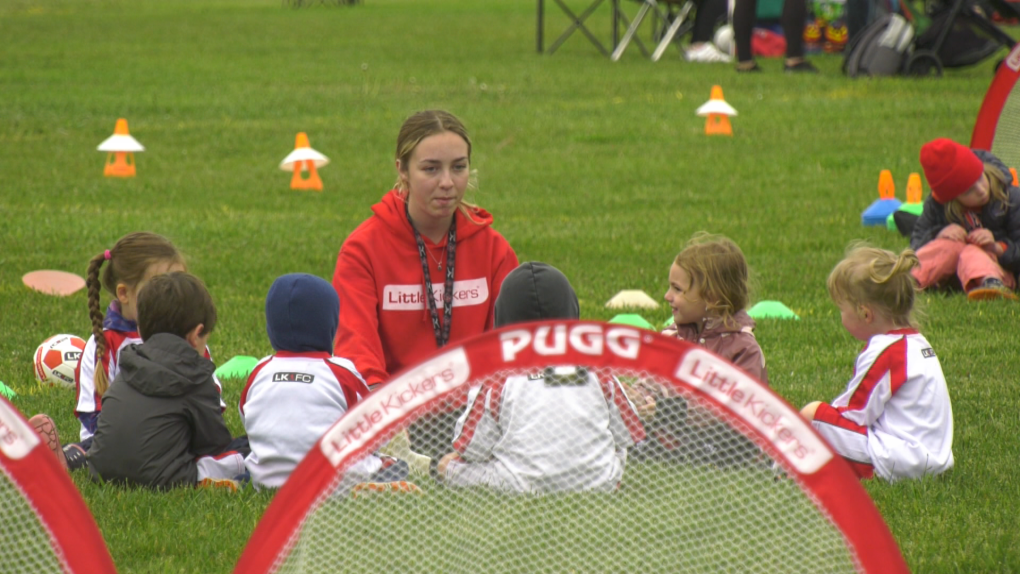 A class of Little Kickers eagerly take part in the Top of the City Soccer Festival on Saturday, June 18, 2022 (CTV News Edmonton/Dave Mitchell).

Hundreds of kids will participate in Alberta's largest soccer celebration in north Edmonton this weekend.

Back for its fifth year, the Top of the City Soccer Festival in Castle Downs served up action on the pitch and at the marketplace with various vendors and food trucks.

This year, the event featured under seven soccer, and Edmonton Interdistrict Youth Soccer Association (EIYSA) teams, Little Kickers classes, and the annual Mega Kickers Showcase, where teams get the opportunity to compete for medals.

"So we've got a lot more people on the fields," Dalke said. "Our kids come out to have a great time playing soccer and showing off their skills."

Dalke said that organizers would also host a roundtable discussion with politicians and community leaders to help continue growing soccer in the city.

"Our goal here is to advocate for soccer in Edmonton," he added. "We had a tough week this week, losing the bid to the World Cup, and we really want to just stand up, and say, 'Hey, our soccer community still believes in itself.'"