'A place of peace': Funds will help build park to honour missing and murdered Indigenous women in Edmonton 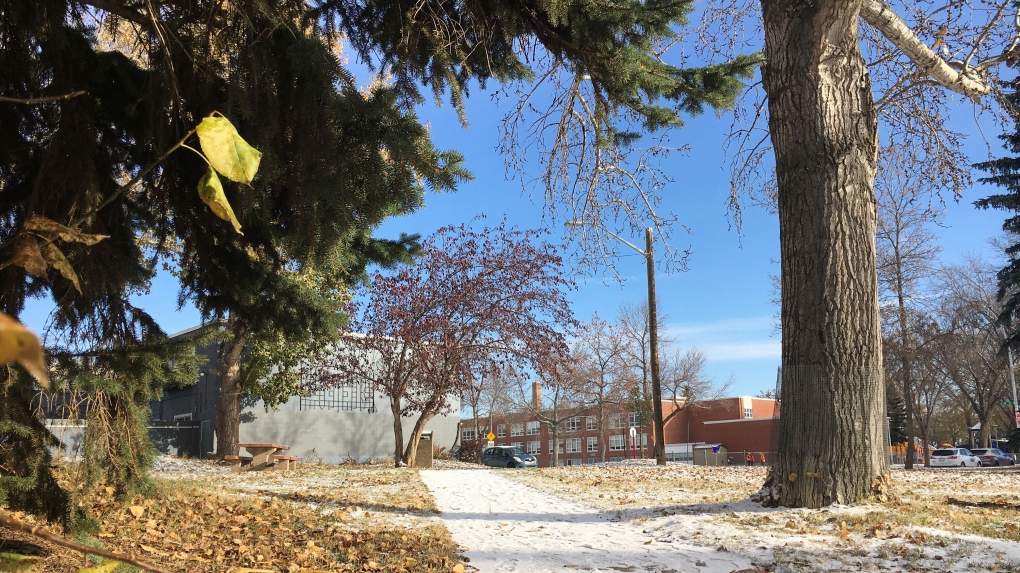 The park will be a place to remember and honour missing and murdered Indigenous women and girls. When complete, the walkway between 90 Street and 95 Street at 121 Avenue in Edmonton will feature a memorial, art installations and benches.

EDMONTON -- The desire to keep the focus on murdered and missing Indigenous women and girls after the national inquiry delivered its 231 Calls to Justice last year pushed Shawna Serniak to change the focus of the endowment fund she had established with the Edmonton Community Foundation (ECF).

Serniak created the Every Woman Empowerment Endowment fund in 2017, administered by ECF. Initially the fund was to be used to support women with addictions, single mothers and Indigenous women.

However, anger about quickly-forgotten murdered and missing Indigenous women and girls, combined with an activist friend and another friend whose daughter was murdered in the 1990s, turned Serniak's focus in another direction.

“I decided something needed to be done,” she said. “I decided I wanted to raise money instead to honour the murdered and missing.”

And Project Change was created and fundraising has begun for a particular project to help remember missing and murdered Indigenous women and girls and keep a spotlight on that issue.

Serniak first envisioned honouring the women and girls with roadside memorial plaques, but found there was “too much red tape.” As well, in talking with families, she realized they wanted something else.

“They wanted a place of peace and serenity, a place that they can go and be with their loved ones versus having it on the road where that was the last traumatic thing that happened to them,” said Serniak. “This is more of a place of honour and respect instead.”

As the idea was starting to form, Serniak was contacted by someone with Alberta Avenue Community League who was in the process of working with the City of Edmonton in developing a neighbourhood park.

Now Serniak is working with the community league and the city on landscaping the park with walkways and benches and naming it. The park is located between 90 Street and 95 Street at 121 Avenue. It's a five-year project with fundraising needed, and by the end of which Serniak is hoping will have the memorial and art installation.

For the name of the park, she says, “we really want to make sure that we honour all. We're just trying to come up with the name that embraces and honours our lost and forgotten.”

Project Change was to kick-off in March, but COVID-19 measures delayed the official launch. However, fundraising efforts are underway with the sale of T-shirts, mugs and other items at the Old Strathcona Arts Emporium.

When this park is done and as fundraising allows, Serniak wants to see other parks or memorials created in capital cities across the country.

“I saw so much activism and people marching and people saying things needed to be done and changed, and it's true. It's so true. But I found that nobody was still doing anything. So I felt that at least this way I feel that I'm contributing somehow,” said Serniak.

“Maybe I can't put an end to this, but I can bring awareness to this and I can say, `Listen, Canada, open your eyes and see that these people are being murdered and missing and nothing is being done about it'.”

For Serniak, one of the more rewarding aspect of the work being undertaken for this park is that it's being done by Indigenous and non-Indigenous people together.

That combination of women has driven Serniak in the work she has carried out for years.

In 2012, she created Every Woman Empowered. The non-profit organization, which is 1,000 members strong, meets monthly for conferences, workshops, art therapy and guest speakers. Topics range from addictions to self-love, from forgiveness to creating healthy boundaries to racism.

“I created the group so that women of all cultures, all religions can all come together and embrace each other, support each other, empower each other and all through learning, changing and growing,” she said.

It has been a personal journey for Serniak. In 2003, she stopped gambling and “started to search about who I was as a person.” She read books and took courses. She also tried to find something that would embrace every aspect of her being: a Metis woman, a single mother, an addict. She could find nothing. She had started working as a motivational speaker, talking about addictions and was strongly encouraged to make it a business. And so she did.

“I feel there is a strong need for our people to grow. I believe that there's so much trauma that has happened throughout the years that I feel that it is time for us to work past the trauma and work on ourselves and to better ourselves and build that for the next seven generations,” she said.

Serniak also sees value in Indigenous women and non-Indigenous women sharing the same space, understanding that, despite culture and how they were raised, addictions have no barriers.

Anyone wishing to donate to Every Women Empowerment Fund can do so online Tax receipts are available.