A pop of colour and a dash of safety: New crosswalk painted in Oliver area

A downtown intersection got a facelift Saturday that neighbourhood residents hope will improve safety and bring a bit of brightness.

The pedestrian crossing at 103 Avenue and 111 Street in the Oliver neighbourhood was repainted by the community league as part of the Street Labs program.

“It’s the first year of the program where communities can actually apply to the city to do certain interventions on the streets, such as painting crosswalks, doing little parklets in the community,” said Daniel Morin, Oliver Community League civics director.

Part of the city's Vision Zero plan, the Street Lab program allows new innovative ideas and partnerships to improve street safety for all.

Community league members picked up their paint rollers and brushes and transformed the crosswalk. The city provided the materials while the vision was crafted by the community.

The crosswalk took on a harvest theme to match the time of year while also showcasing strawberries.

“So that’ll be a nice little shout out to the area which we live.”

Morin added that the crosswalk was not only meant to increase neighbourhood pride but to help give pedestrians more peace of mind that they will be seen while crossing. 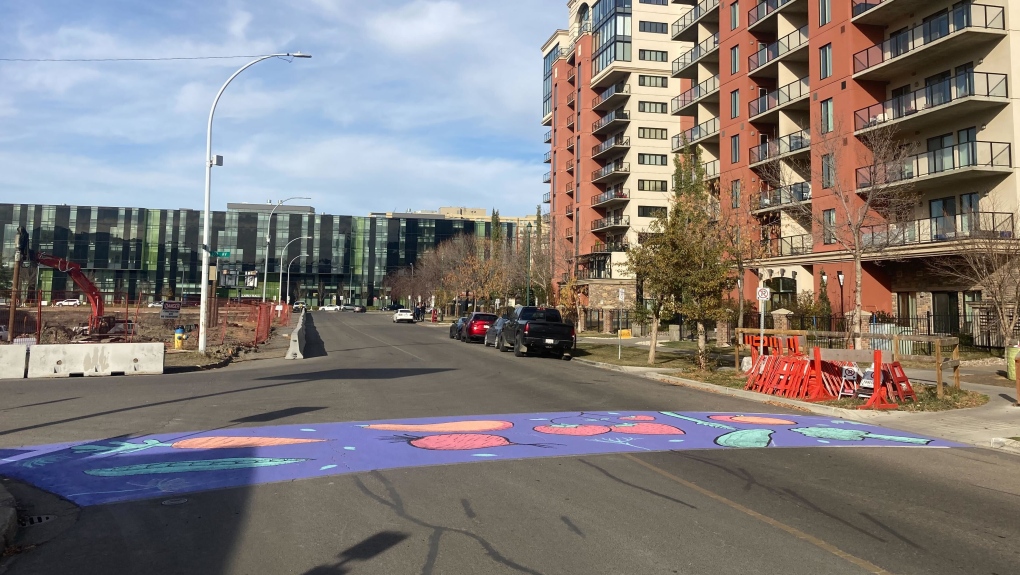 “There’s only one crosswalk and it was a bit hard to navigate,” Morin said. “We thought this is a little something we could do to make it a bit safer in a really fun and community-driven way.

“We identified 103 Avenue in general as one of the corridors that are a bit unsafe. There’s a lot of uncontrolled intersections. For example, here right now, there’s actually no stop signs.”

The community league hopes to paint more crosswalks next spring.