Scenes for a documentary focused on the Canadian soldiers who died in the Afghanistan War were filmed in and near Edmonton Sunday.

The film is called Fallen Heroes: Their Journey Home, it’s being done by the Combined Forces Production Collaborative, in collaboration with the Princess Patricia's Canadian Light Infantry Foundation.

“This story touches every soldier, sailor, aviator and their families across the country and must be told,” said the production team on their GoFundMe page for the project.

One of the scenes filmed was a recreation of the Highway of Heroes in Ontario. That was the road going from CFB Trenton to Toronto that soldiers who died in Afghanistan were driven down when brought back to Canada.

“What started happening when they came home was people started going out onto the bridges, the side of the highway, waving flags, signs, showing their support for the troops,” said Don Fraser, a retired member of the Canadian military.

On Saturday, dozens came out to wave Canadian and Lebanese flags at the 82 Street Henday overpass. They were extras in the movie, and drivers on the Anthony Henday below also showed a lot of support. 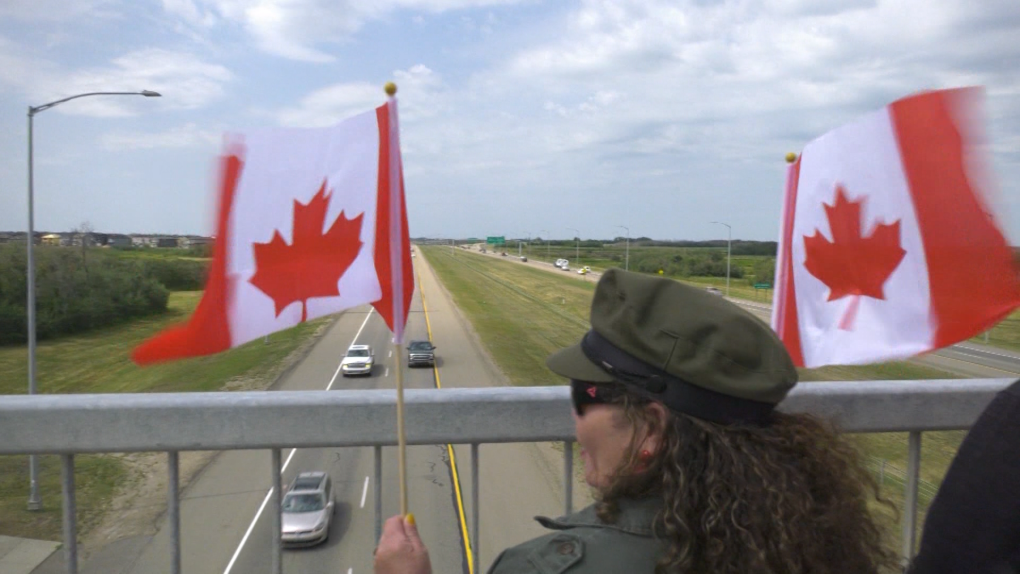 “It is a great thing, you see the truck sitting there, people honking, the flags waving, people are waving back, it’s almost emotional… it kind of reminds me when we came home,” said Fraser. “It’s kind of a proud emotional moment.”

Crews were also filming in Sturgeon County over the weekend.

The team hopes to release the feature-length film in April 2022. Short films on the Ramp Ceremonies in Afghanistan and the Highway of Heroes were also made by the group.