After tens of thousands of Edmontonians were left without power Monday night – some for as long as 10 hours – EPCOR confirmed more information about why Tuesday afternoon.

Officials with the utility provider said a transformer tripped at a substation, but they were still unsure why that happened.

The problems started around 6 p.m. and affected most of the homes and businesses south of Anthony Henday Drive.

"Our crews were dispatched immediately. When they arrived at the substation, minor work was required to switch customers to another transformer," EPCOR's Laura Ehrkamp said in a statement.

EPCOR's outage map initially said the power would be restored to all areas by 9:30 p.m., and some areas did have juice by then. 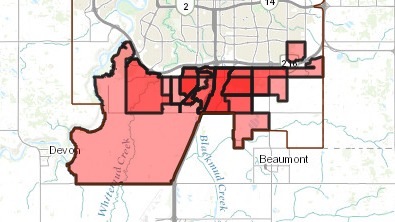 But for other areas, the restoration estimate was pushed back several times, with some customers reporting that their power was not back on until after 4 a.m.

EPCOR declined an interview request with CTV News Edmonton and initially said the outage was caused by an "equipment failure," while refusing to provide further details.

Ehrkamp later said the process of restoring power required "manual efforts" and not everything could be powered up at once.

"In technical terms, this work is called 'cold load pick up,' which means that to ensure power is restored and remains on, crews need to restore power to a small number of customers at a time and let the power system adjust to the higher power use," she explained.

'WOULD HAVE BEEN SERIOUS TROUBLE'

Crystal Cote lost power at her south Edmonton home at about 6 p.m.

After checking the breakers, she took to Twitter and saw there was an outage.

"We figured it would be some time. So we lit some candles, we had a little campout," she said.

The Cote's power came on at about 11:15 p.m., but their furnace didn't start back up. She had to call a technician, who replaced the furnace's blower motor. 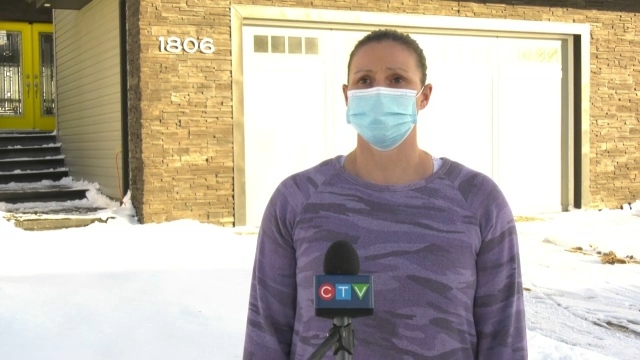 "According to the service tech, at the time the power went out and when our furnace was supposed to kick on they kinda coincided and it confused our system. So we had to replace that," she said.

Despite the cold and dark night, Cote said she and other residents were fortunate that cold weather warnings had recently ended, and temperatures had risen to about -8 Celcius.

Cote is hoping that EPCOR covers at least some of the $1,000 repair cost, but she has yet to hear back from the company.

Some customers thanked EPCOR for restoring the power, others were frustrated by the process and some were left with questions:

How about orchards? We still don’t have power! Come on! Are we getting any reimbursement? Its been hours!

We had our power back on before the estimated time (Callaghan) 8:55pm vs 9:30pm estimate. I feel for those without still, but the anger needs to come down a few notches here.

Canada will require that companies add nutrition warnings to the front of pre-packaged food with high levels of saturated fat, sugar or sodium in an effort to help grocery shoppers make healthier choices with just a glance.

What your Canada Day BBQ will cost with hot inflation

The Canada Day long weekend is the perfect time for burgers on the grill, cold drinks and time with family and friends. Yet a backyard barbecue comes with a bigger price tag this year as food prices soared 9.7 per cent in May.

WHO: COVID-19 cases rising nearly everywhere in the world

The number of new coronavirus cases rose by 18 per cent in the last week, with more than 4.1 million cases reported globally, according to the World Health Organization.