EDMONTON -- A lynx nestles down behind tall grass along a river. As several ducks fly by, low to the water, the cat readies itself then leaps into the air with paws outstretched. Dinner is caught.

It sounds like a scene from Planet Earth, but this stunning sight is thanks to motion-sensor cameras installed by Fort McKay First Nation as part of its Environment Guardian program.

The cameras, 36 of them, have been installed in and around the remote community, about 60 kilometres north of Fort McMurray.

For the first time, the First Nation is releasing some of the dramatic and awe-inspiring wildlife footage it caught over the last year.

"The lynx one, I was floored to be honest," said Ryan Grandjambe, who helps set up and monitor the cameras.

Thanks to the cameras, Grandjambe and other volunteers were able to watch the lynx progress from a young, inexperienced hunter into the skilled duck-hunter shown in the latest video.

"He's gained some experience. Just to watch his progression was amazing," he said.

The cameras caught other incredible sights, like a trio of moose caught in three-way rutting battle, a wolf hunting for fish in the pitch black and the presence of elk, which haven't been seen in the area for years. 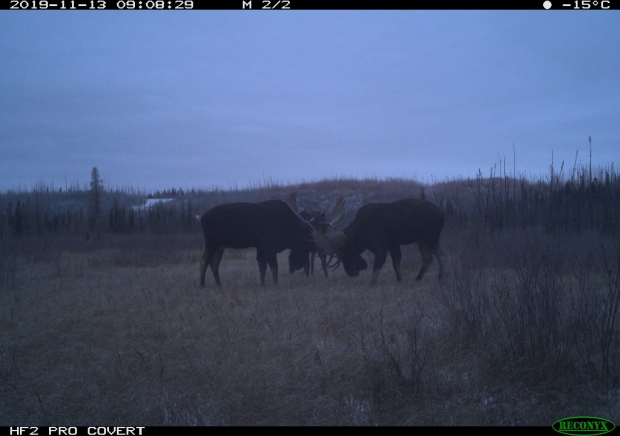 "Our intent was to go out and catch caribou. That was our first focus, to do some caribou research in our ancestral territories," said Grandjambe. "As of right now, the most surprising one alongside the lynx hunting was the elk. We haven't seen or heard of elk in our territory in a very long time."

For two decades, Fort McKay has been negotiating to protect Moose Lake, west of its townsite.

"This is our last wilderness," Grand Chief Mel Grandjamb told the Canadian Press in November.

The band is seeking a 10-kilometre buffer around Moose Lake, but a deal has never been solidified.

In June 2018, a 10,000-barrel-per-day oilsands mine proposed by Prosper Petroleum Ltd. was approved that would be built within two kilometres of the lake.

Fort McKay First Nation argued before the Alberta Court of Appeal in October 2019 to have the approval of the oilsands mine overturned. A decision has not yet been reached by the court.

The Alberta government has since agreed to meet with the First Nation to discuss the Moose Lake Plan in Edmonton on Jan. 31, with confirmed attendees including Indigenous Relations Minister Rick Wilson, Athabasca Oil, Chevron, PetroChina, AlPac and Northland Forest Products.

The band hopes that if the Moose Lake Plan is endorsed by the government, it will guide all future land-use decisions in the region.

"There's still a lot of wildlife out there and a lot of virgin traditional territory that should be preserved for generations to come," said Ryan Grandjambe. "It's not a big ask, it's a small percentage of the boreal forest."

Grandjambe hopes the footage will go a long way in the First Nation's efforts to protect animals that are at-risk or endangered.

"Where we're located, we're right in the heart of the oilsands, to be able to have that variety of animals is still a good sign." 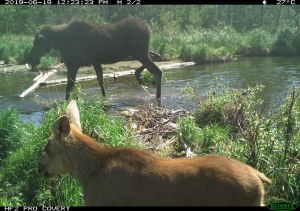