On top of raising four kids, central Alberta rancher Ashley Perepelkin also has cows to keep an eye on. So any help she can get is a godsend.

"As much as I'd love to say I could be down here to watch (the cows) 24/7, sometimes it’s just not feasible," Perepelkin explained.

"I would sit with my phone on my cameras, pointed hopefully in the right direction while I’m cooking supper, trying to watch if a cow is calving. Where with BETSY, she can notify me of that."

BETSY is a new artificial intelligence system, which uses multiple cameras to monitor individual cattle. It tracks everything from how much cattle eat, to the way they walk, scanning for changes in behaviour that could indicate an injury, disease, or pregnancy. 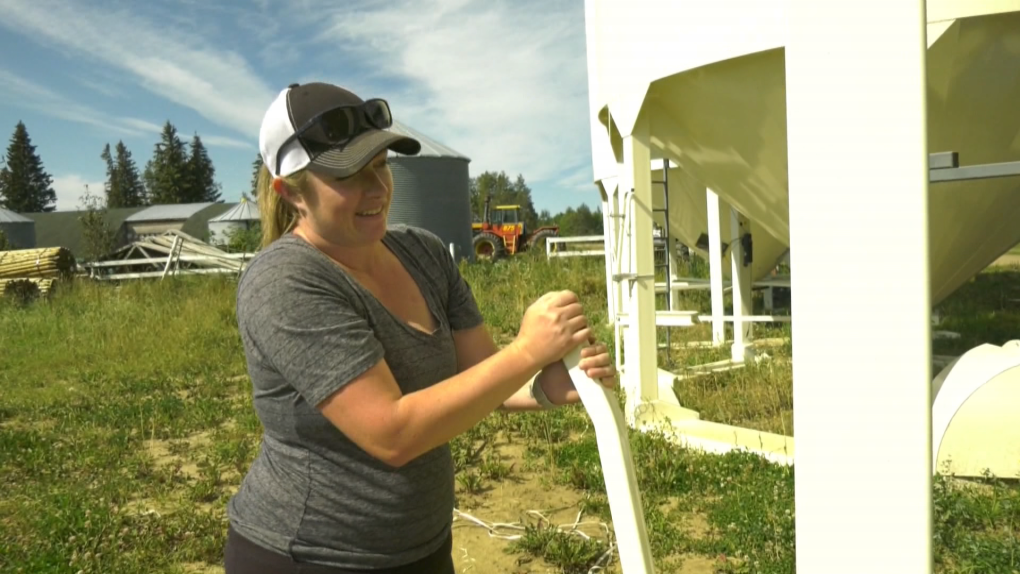 "If an animal started having contractions, (BETSY) can tell that animal looks different than it did yesterday and so she can let the producer know those things," said Mokah Shmigelsky, CEO of Betsy operator Onecup AI.

"Essentially it's face ID for animals. But we use the entire body of the animal too so it gives us a bigger canvas, so to speak, to identify."

Notifications are sent to a rancher's phone, which saves Perepelkin from having to stare at her cameras all day. All the information is uploaded to a portal that users can access at any time."This is an extra set of eyes that has AI behind it to give you a lot of metrics on those animals while you’re away," Perepelkin said. "For me it’s absolutely priceless."

Not only does BETSY save her time and money she might otherwise have to spend hiring ranch help, the new technology also gives her peace of mind that her animals are safe and well.