Family heirlooms and pieces of local history dating back to the Second World War were returned to their rightful owners Saturday.

Rayanne Boychuck, Enliven Refinishing owner, found the pieces of local history in a dresser, bought at a thrift store, that she planned to restore.

She shared the story with CTV News Edmonton Friday in the hopes the rightful owner and their family could be reconnected with their treasures, including a Bible, Australian combat records, photographs, and love letters.

“We found the soldier’s family, so we are going to give them back,” Boychuk said.

The heirlooms belonged to Peter Moore, an Australian Army veteran. His son, Graham, was watching the newscast on Friday and realized the significance of the items.

“I was following the story, and suddenly something was stated, and I realized, that’s my dad,” Graham said.

“My dad has been gone for nine years,” he added. “We’ve not figured out how these became separated from the family.” 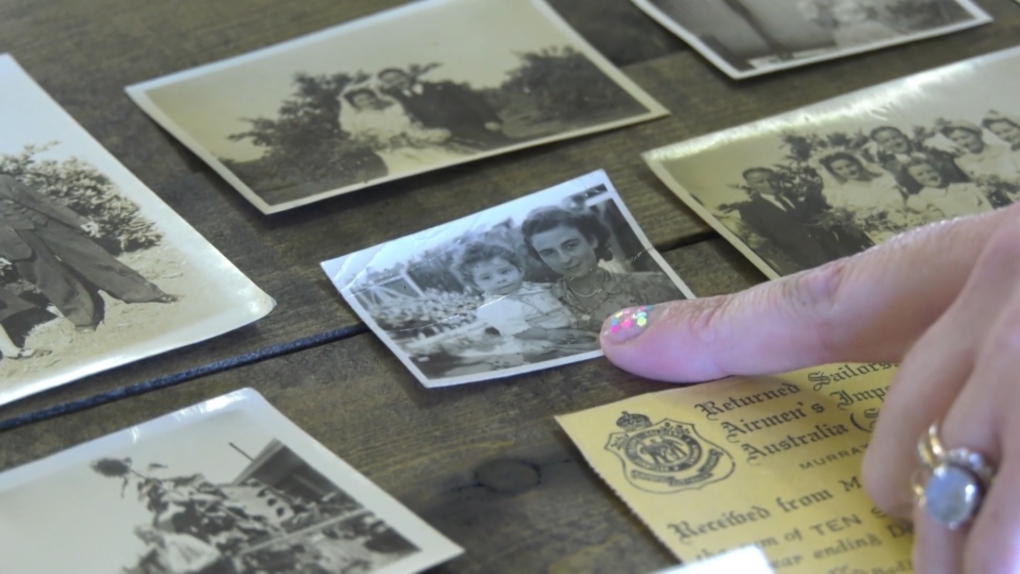 While the family cleared out Peter’s house in 2005, Graham shared how he did not even know the items existed.

“That part of his past has always been a mystery,” he said. “I hadn’t seen anything in relation to my father’s army time. I’ve never seen a single document about it, even when I was in Australia.

“I was absolutely stunned because not only were they here, they were things that I’ve never seen before.

“To see those pictures of my grandma and grandpa and stuff I haven’t seen for years is amazing,” grandson Mark Moore told CTV News. “It’s lovely to see the history.”

“One of my favourite parts of the first news clip (from last night) was seeing my grandmother’s handwriting,” she said. “I knew right away.”

“I’m going to burn them,” he said, as he teared up. “I’ll take them, I’ll burn them and spread the ashes on their grave. They’re buried side-by-side out in Sherwood Park, and that can sort of be something that remains between the two of them."

Boychuck said she is happy the heirlooms were reconnected with the rightful owners ⁠— and that it happened so quickly.

“I’m so happy they’re in the right hands finally,” Boychuck said. “(It) couldn’t be nicer. A happy ending for sure.”