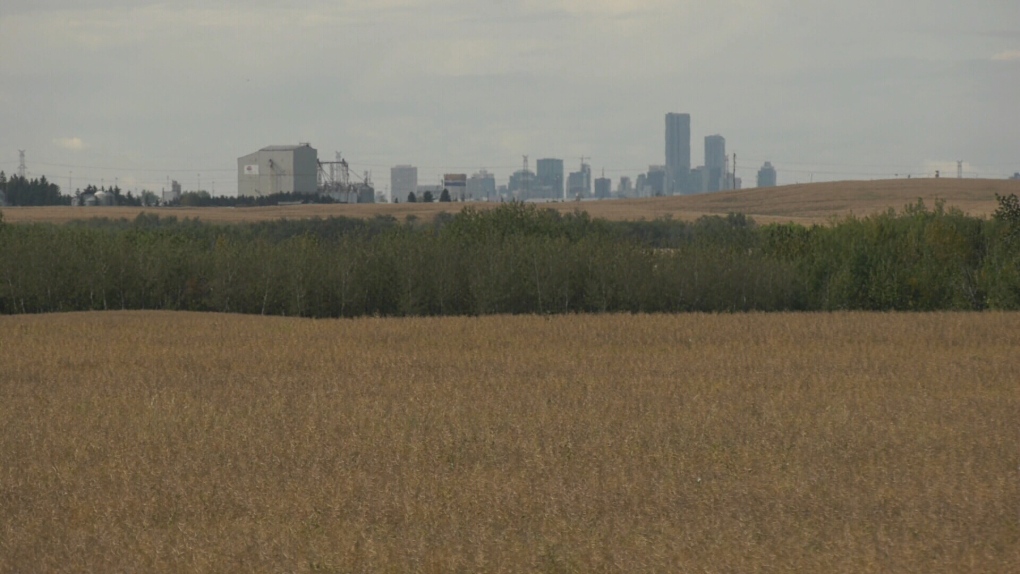 The Bremner Area Project, which has been more than 20 years in the making, was finally approved by the county at a Tuesday night meeting. Sept. 13, 2019. (CTV News Edmonton)

A controversial urban development has been given the nod by Strathcona County despite concerns over loss of farmland.

The Bremner Area Project, which has been more than 20 years in the making, was finally approved by the county at a Tuesday night meeting.

It will see around 20 square kilometres of land east of Highway 21 and north of Highway 16–including prime agricultural land–transformed into urban development that will expand Sherwood Park.

The region was first identified as potential location for expansion back in 1998.

The ambitious plan means the area will be developed over the next half-century, though some deals for land have already been completed, according to farmer Colin Jackson.

He said he was sad to see prime farmland sold off, but understands that growing communities need space to thrive.

“This is the nature of, as communities grow, they need to take up and start new development elsewhere,” said Jackson. “I think this is a positive move for Strathcona County.”

Jackson said he will stand to benefit from the sell-off as he owns land in the area but he still wants to see environmentally sensitive areas protected.

“The Beaver Hills Moraine is also an important ecological area and I think it also deserves a look at to be reserved,” he said.

According to an agricultural impact assessment presented in 2019, the Bremner area is expected to accommodate around 80,000 people and will include a transportation network, mixed-use buildings and recreational and cultural amenities.