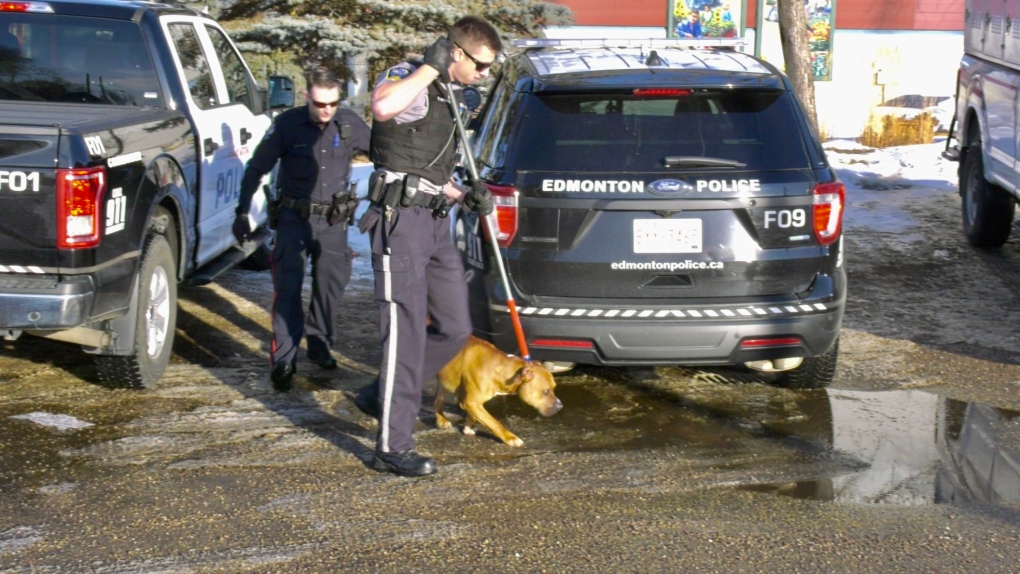 An Edmonton police officer fired at a dog on Monday afternoon in the Alberta Avenue area. The dog was not injured. (Sean Amato/CTV News Edmonton)

EDMONTON -- A shot rang out on 118 Avenue Monday afternoon during a confrontation between an Edmonton Police Service officer and a dog.

The solo officer was responding to an unrelated call near the Alberta Avenue Community League on 93 Street at about 3:45 p.m. when the encounter happened.

"The dog approached him in an aggressive manner," said Staff Sgt. Mark Ulmer.

The officer called for backup but was eventually able to control the dog himself.

The dog did not have a collar and the owner was nowhere to be found.

An Animal Care and Control Officer arrived on scene around 4:15 p.m. and took the dog.

Ulmer said the officer was not injured and EPS would be handling the "use of a firearm" investigation internally.