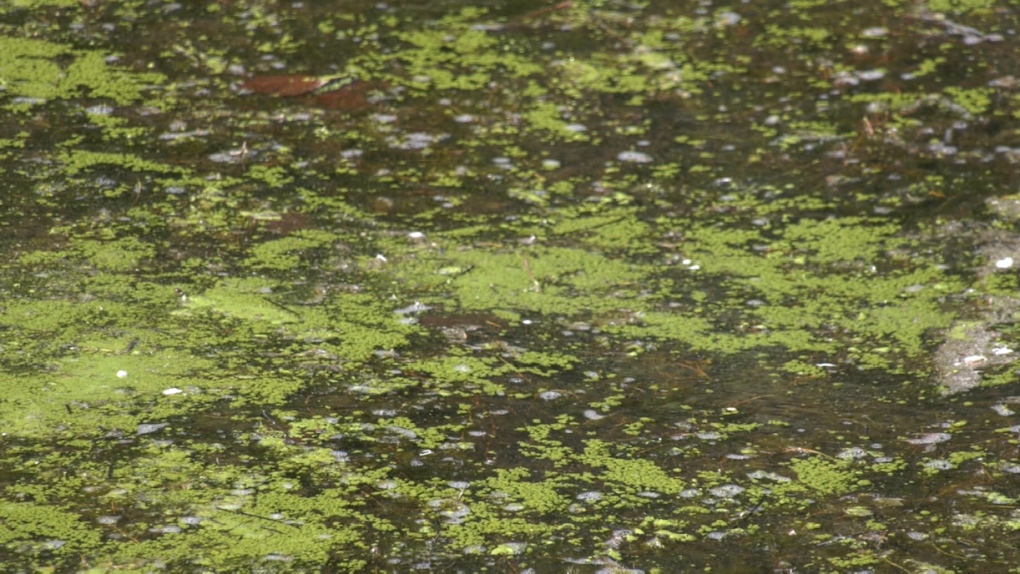 EDMONTON -- A blue-green algae bloom has been found in areas of Wapasu Lake.

On Wednesday, a release was sent out notifying residents living near the shores to take precaution around the water.

Alberta Health Services said blooms are naturally occurring, and often become visible when weather conditions are calm and it typically looks like scum, grass clippings, fuzz or globs on the surface.

Blue-green algae can also vary in colour from a blue-green, greenish-brown, brown or pinkish-red. It also has a potent odour that’s either musty, or grassy.

AHS noted that visitors and residents should never drink the water at Waspsu Lake at any time as boiling the water will not remove the toxins.

If possible, avoid all contact with the water, don’t go swimming or wade in areas where the algae is visible, and don’t feed the fish or fish trimmings from the lake to pets.

If you come into contact with the algae, some of the symptoms to watch out for include skin irritation, rash, sore throat, red eyes, swollen lips, fever, nausea, vomiting and diarrhea. AHS says symptoms occur one to three hours, and resolve in one to two days.

The advisory will remain in place until further notice as algae blooms can move to other locations around the lake.

If you think there is a blue-green algae issue in your area contact Health Link at 811 or go online.