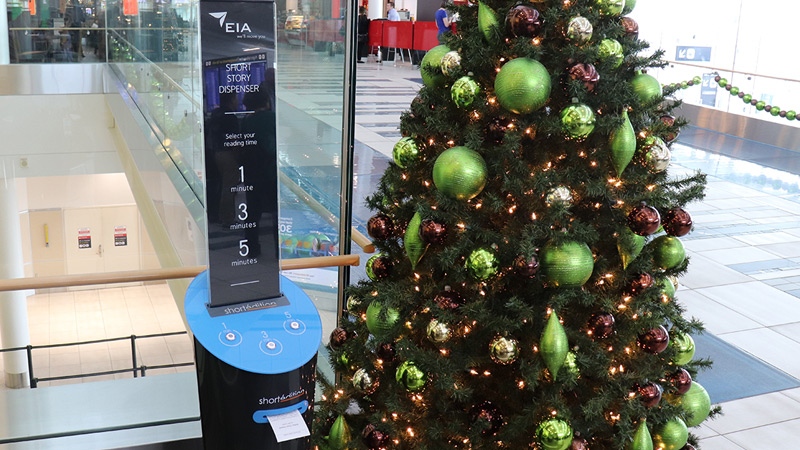 The Edmonton International Airport is featuring works by local authors from a short story dispenser for travellers waiting for their flights.

The dispenser, from a France-based company Short Edition, is a thin tower with three buttons, indicating a one minute, three minute and five minute story – when one of the buttons is pushed, a short story is printed on receipt paper.

EIA is the first Canadian airport location to use the machine, and the second in the world (after Lyon–Saint-Exupéry Airport, in France).

Airport officials said work from local authors will not only be featured in the machine in Edmonton, but in every one of the machines in use throughout France and the United States. Whenever a story of theirs is printed, they receive financial recognition.

Local authors featured in the dispenser include Jason Lee Norman, Jana Pruden, and Michael Hingston, among others.