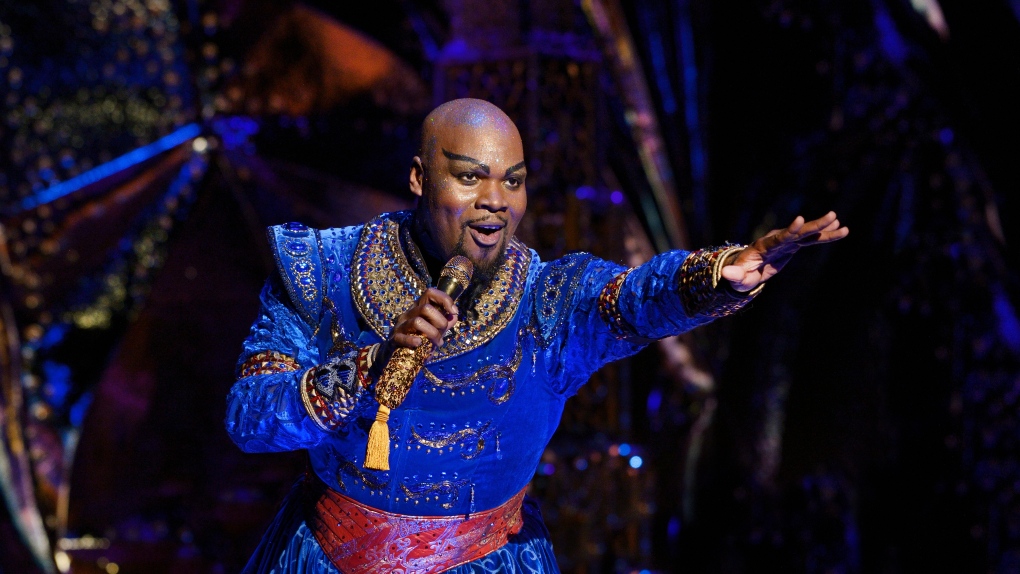 Aladdin The Musical is scheduled to play in Edmonton at the Jubilee Auditorium from July 10 to 16 (Supplied/Broadway Across Canada).

Disney's Aladdin musical will be one of four shows coming to Edmonton next year at the Northern Alberta Jubilee Auditorium.

The next season of musicals were announced Monday by Broadway Across Canada.

From January 3 to 8, the beloved classic Fiddler on the Roof will kick off the season.

Based on Garry Marshall's 90's romantic comedy, Pretty Woman: The Musical will grace the stage April 11 to 16

After several tours around the world, Aladdin will play from July 10 to 16. First performed in 2011, the musical went on to become the 11th-highest grossing Broadway production of all time.

The season will close with Ain't Too Proud, a recent Broadway hit depicting Detroit's "The Temptations," a sensational Motown vocal group, rising from local gig performers to being inducted into the Rock & Roll Hall of Fame.

Tickets for the general public go on sale July 5 at 10 a.m.

Alberta Health Services has issued an enforcement order against a Banff home after an inspection discovered that as many as 42 people were staying inside the property, saying the maximum number of occupants of the facility 'was exceeded.'

Summer of heat waves: A list of some temperature records broken in Canada this year

Canada's summer of heat waves continues this weekend, with warnings issued in four provinces. CTVNews.ca looks at some of the heat records broken already this year in Canada.

How Biden's new approach has led to legacy-defining wins

Over five decades in Washington, Joe Biden knew that the way to influence was to be in the room where it happens. But in the second year of his presidency, some of Biden's most striking, legacy-defining legislative victories came about by staying out of it.

The Montreal Canadiens haven't brought the Stanley Cup home since 1993 -- but a very convincing replica is sitting in a garage in Boisbriand, Que., about 35 km northwest of Montreal.

When schools in one North Carolina county reopen later this month, new security measures will include stocking AR-15 rifles for school resource officers to use in the event of an active shooter.

A two-year-old child from Regina has been found safe, following an alleged abduction and Amber Alert.