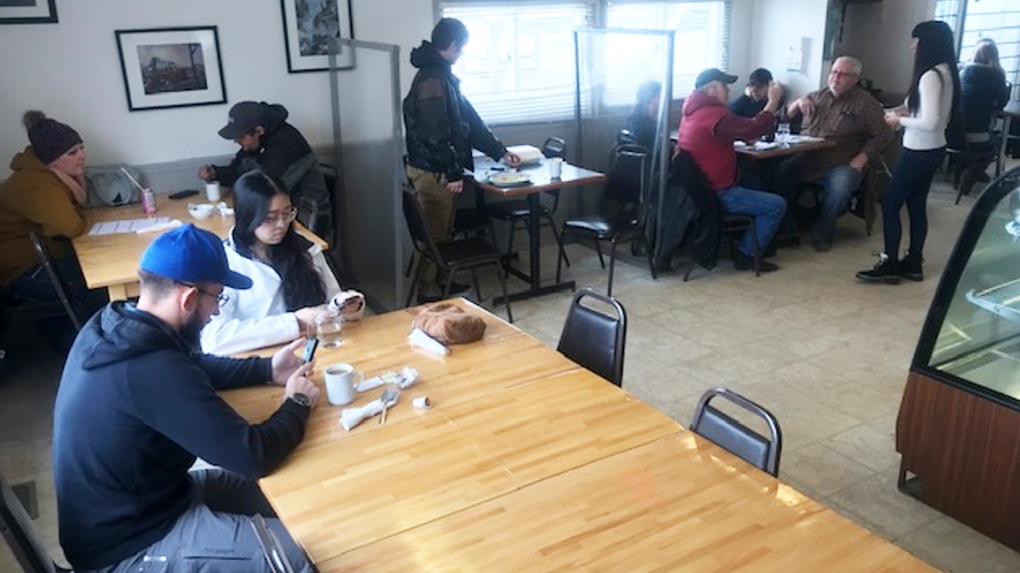 EDMONTON -- Alberta Health Services and RCMP say they are aware that the Whistle Stop Café in Mirror has recently opened back up for dine-in service, and they are investigating.

AHS said it has already issued an Environmental Public Health Order to the café to close its dine-in service.

A spokesperson for the RCMP said Bashaw RCMP also visited the diner on Saturday and spoke with the owner.

The café, which is located on Highway 21 northeast of Red Deer admits it is in violation of the public health order. The owner invited CTV News Edmonton to his business on Saturday because he said they were taking a stand against the regulations.

It is one of many Alberta restaurants ordered to close to dine-in patrons back in December when the province announced increased health restrictions.

Police said enforcement is a last resort, but one they are prepared to use under certain circumstances. According to Cpl. Teri-Ann Bakker from RCMP Media Relations, each incident contravening the public health order with a separate date and time can be recorded as a separate violation, and fines can be laid in each violation incident.

Bakker went on to say that Bashaw RCMP is working with AHS on a coordinated response.

Meanwhile, the Whistle Stop has launched a campaign urging Albertans to write to the province’s chief medical officer of health and the premier, hoping to have restrictions on dine-in restaurants lifted.