Alberta Cannabis lowers cost of products; edibles to show up starting in mid-January 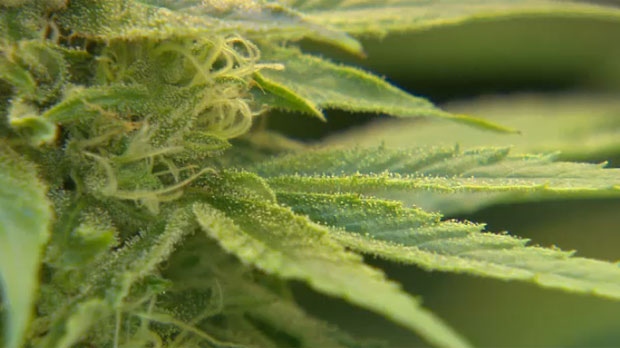 EDMONTON -- Prices for recreational cannabis are going down as Alberta Cannabis competes for green dollars while trying to eradicate illegal stores.

The online retailer, which is operated by Alberta Gaming, Liquor and Cannabis, recently sent out an e-flyer to customers advertising "affordable cannabis!"

"Prices on all products have been reduced to better provide affordable, safe cannabis," Alberta Cannabis said. "And we've reduced our shipping fees by half—pay only $4.95 to have your order shipped right to your door."

Many products listed on the Alberta Cannabis online store were slashed by a dollar or more per half-gram.

The online store represents a fraction of retail cannabis sales in the province, AGLC said.

"This is part in due to the fact that there are many stores across Alberta and a lack of awareness that AlbertaCannabis.org is currently the only legal option to purchase cannabis online in Alberta," it said.

Edibles to be in stores starting mid-January

Retailers will be able to order now-legal cannabis edibles from federally licensed producers as of Dec. 16, but AGLC confirmed they likely won't show up on shelves until mid-January.

"Once product is ordered, shipped to us, received and put into inventory, retailers will be able to place their orders," said an AGLC spokesperson.

Types of edibles expected to be available include candy, baked goods, beverages, extracts and topicals.

There are 42 licensed producers in the province and about half of them are expecting to offer edibles, extracts and topicals, "some that will be available immediately and others in time," AGLC said.

Statistics Canada released numbers Wednesday showing Alberta had the highest number of recreational cannabis stores of any province in the country at 176, more than three times the 57 stores in second-place B.C, based on numbers available in July 2019.

Today, Alberta has granted 360 licences to cannabis retailers and the number is changing rapidly, AGLC said.

The report also showed that half of all Albertans live within three kilometres of a cannabis outlet, the closest proximity to a store of any province.

Canadians have spent $908 million on cannabis since it was legalized in October 2018, according to StatsCan.