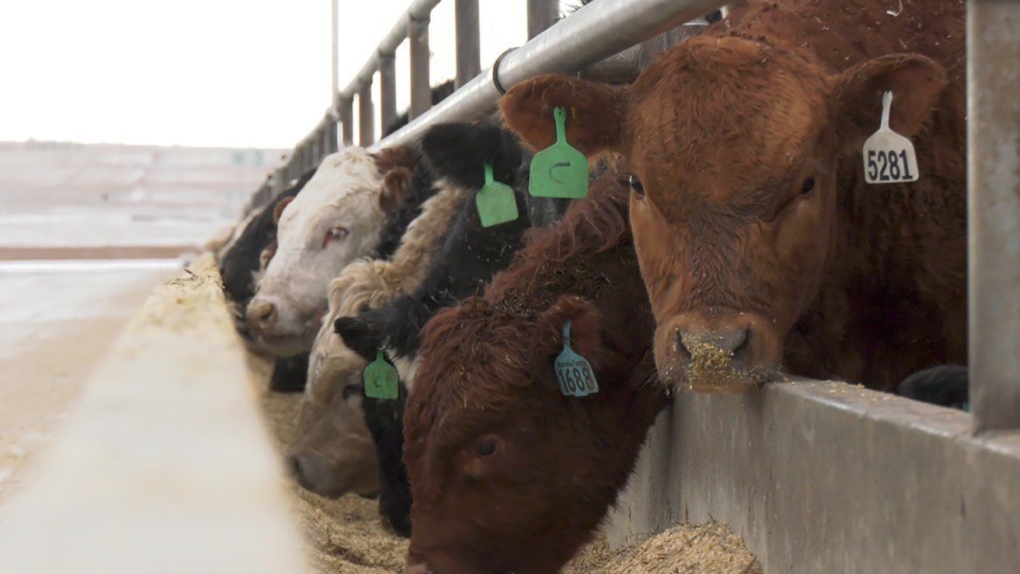 Alberta cattle producers are dealing with a feed shortage due to 2021's summer drought and supply chain issues.

The drought left producers with less local feed like barley and wheat, forcing them to order corn from the U.S.

“Starting in September, we realized we’re not going to be getting the crop we need,” Leighton Kolk, the co-owner of Kolk Farms, explained. “We were hoping to see train cars in November and that’s when we started to run towards the end of our stockpiled supply.

“We are still waiting for December’s unit train and it’s the end of January now.”

Delays on the rail side and labour and truck driver shortages have resulted in the "perfect storm," the associations CEO says.

Canadian Pacific Railway, too, has confirmed demand for corn and dried distiller's grains for feedlots "increased significantly" in 2021.

"That increased demand has continued into 2022," it told CTV News Calgary.

Kolk said producers are sharing the shipments that do arrive in the province. ​

“We’ve learned to work together more often with neighbours… If the neighbour has enough to get him by, is he willing to share his supply?”

Kolk added if they needed to, producers could augment the feed with more expensive options like alfalfa or hay, but it could impact production if the cattle react poorly to the change in feed.

“We have obligations on the other side of our supply chain to supply to other people. If we disrupt our growth… it’s causing more disruption, eventually causing problems for the consumer,” said Kolk.