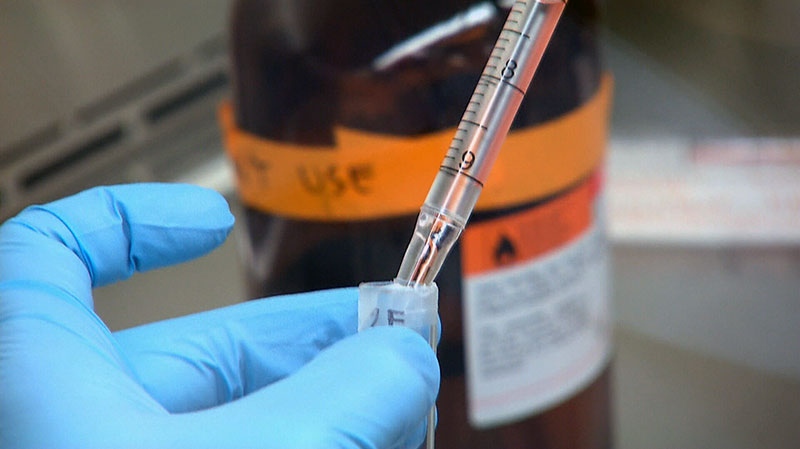 EDMONTON -- An Alberta company has been fined more than a million dollars after one of its tanks spilled hundreds of litres of solvent into a creek on a Wetaskiwin commercial property, killing a number of fish.

Drever Agencies Inc. was fined $1,250,000 after it was found to have violated the Fisheries Act, according to Environment and Climate Change Canada. The agency says the fine was issued on Feb. 18 in Wetaskiwin Provincial Court.

ECCC enforcement officers responded to reports of a spill in August 2017 and found an unspecified number of dead fish in an unnamed creek that flows into the Battle River.

Further investigation found that 1,800 litres of Petrosol solvent leaked from a storage tank owned by Drever Agencies and into the creek.

Petrosol is harmful to fish and is used for a variety of industrial purposes including thinning paints, dissolving resins and cleaning and degreasing metal.

The company's CEO, Cliff Drever, did not respond to emails from CTV News seeking comment.

The company's name has been added to the Environmental Offenders Registry.

The fine will be directed to the Government of Canada’s Environmental Damages Fund which uses the money to "restore the environment and conserve wildlife and habitats in a scientifically sound, cost-effective, and technically feasible way."