Alison Jackson, a cyclist from the town of Vermilion, was called last minute to the Tokyo 2020 Olympic Games to join Team Canada in the women’s cycling road race final Sunday.

“It was a wild ride, but that’s a call you don’t say no to,” said Jackson. She received the call from the performance manager of cycling Canada just 10 days before the Olympic race.

Jackson was the first alternate for Team Canada during the 2016 Olympic Games in Rio, and again for Tokyo 2020. This year, she filled a spot left vacant on the team due to another country pulling out of Sunday’s 137-kilometre woman’s road race.

The 32-year-old cyclist says her first Olympic Games experience, although unique, also validated her talents as an athlete.

“It confirmed a lot of things for me like, I’m meant to be here, I’m one of the top Canadian riders and I belong in this high level race,” said Jackson.

Jackson made it to Tokyo after a switch up in flights due complications with her COVID-19 paperwork in Vancouver. She was rerouted to a longer flight out of Toronto adding an extra travel day, something has stressful effects on the body and mind.

Despite the unconventional journey to the games, Jackson says she’s used to adapting to chaotic situations.

“As an athlete one of our skills is being adaptable. You have to be adaptable and you learn how to manage chaos and stress and disappointment.” 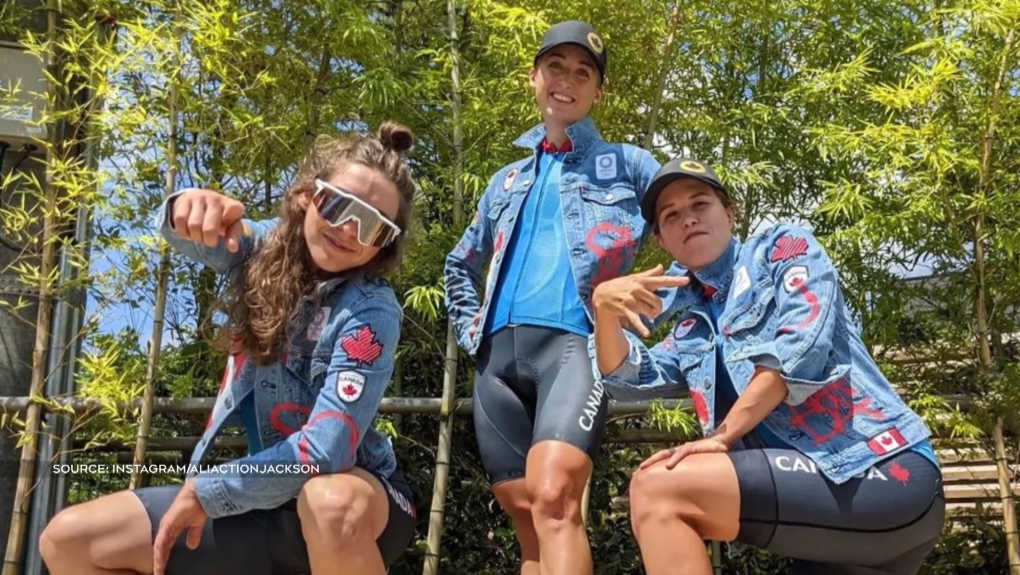 Jackson raced in the company of Leah Kirchmann and  Karol-Ann Canul in Sunday’s four hour course along the Fuji International Speedway, a road the Olympic athlete describes as very difficult.

“The course was really hard. Lots of climbing, really long hard climb and then these circuits on the fuji circuit raceway had a lot of turns, ups and downs,” said Jackson.

Jackson’s family watched the four hour-race unfold late into the night as the cyclist from the farming community just two hours east of Edmonton lived out her Olympic dreams.

“It's shock and surreal,” said Nathan Farkash, Jackson’s brother. “Making it to the Olympics is rare and to have one in the family is a momentous achievement and for our community.”

The top rider on team Canada finished 16th in the race, but Canada did not end up with a medal.

For Jackson, being able to soak up her experience and see the unity the Olympic Games can bring was a victory in itself.

“Family and friends and anyone who has known me were also just so exited and (felt) my joy,” said Jackson. “I think that’s what the power of sport is, and I think that’s the best part of the Olympics.”

The White House says that adult foreign nationals will have to be fully vaccinated against COVID-19 in order to travel to the United States by early November, but it is not clear how the new policy will specifically impact travel at the Canada-U.S. land border, where non-essential visitors remain prohibited from crossing.

A search of a Florida nature preserve failed to find the young man wanted for questioning in the disappearance of his girlfriend, Gabby Petito, police said Monday, a day after authorities announced the discovery of a body believed to be hers at a Wyoming national park.

Maj.-Gen. Dany Fortin's legal team says they have given the Crown documents relevant to their client's sexual assault case.