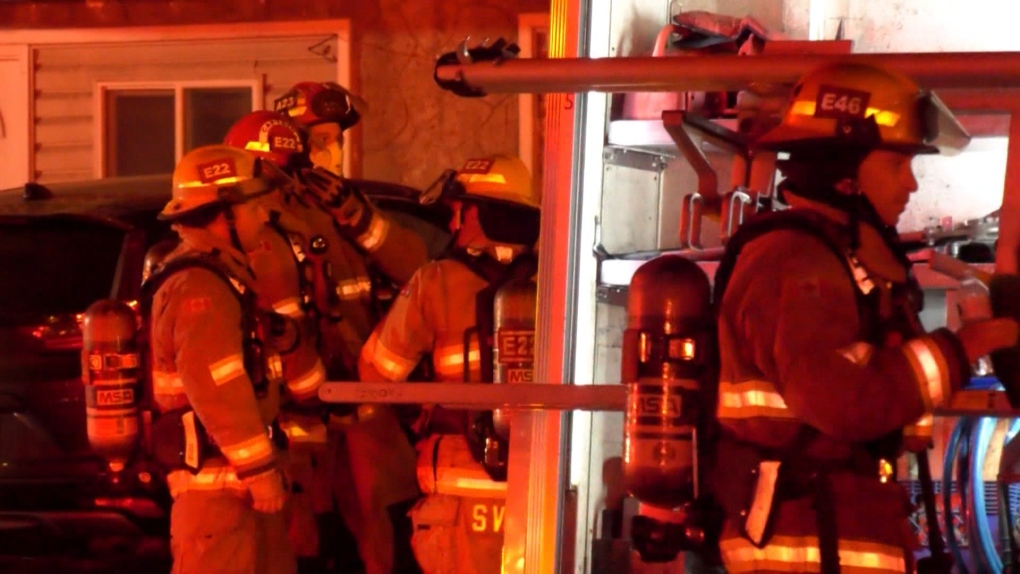 Alberta's firefighters union is asking for its frontline members to be moved up on the province's vaccine rollout priority list. (File Photo)

EDMONTON -- Alberta firefighters are the latest to join the chorus of frontline workers in the province asking to be moved up the priority list to receive a COVID-19 vaccine.

"The AFCA and the AFFA are requesting that the other part of the emergency response team – the fire fighters – be given this same protection."

The joint statement, that has AFCA president Randy Schroeder and AFFA president Brad Readman's names at the bottom, says they look forward to discussing their concerns with provincial government officials.

"A single firefighter exposed to the virus can have serious consequences to others on the same shift, or even to others working in the same fire station," the statement reads. "As the Chief Medical Officer of Health has frequently stated, one quickly can become many!"

Earlier this month, Alberta's police union and chiefs association put out a similar request for their frontline members.

The next day, a group of Edmonton doctors also requested to be moved up the COVID-19 vaccine priority list.

Then, just last week, two Alberta hospitality associations representing 100, 000 workers sent out a call to the government to move restaurant workers up to Phase 2 of the vaccine rollout.

In a written response to CTV News Edmonton, Government of Alberta spokesperson Sherene Khaw said: "We recognized that firefighters, as well as many others, would benefit from receiving the vaccine, and we want to offer it to them as soon as possible.

"Due to the limited vaccine supply that is available in Alberta, we continue to target seniors and others most at risk of severe outcomes, and those who work directly with them."

"Firefighters aged 65 and older are now eligible for the vaccine, and those with underlying conditions, including diabetes, will receive it in Phase 2B."

"We will continue expanding the rollout as more vaccines arrive. Decisions on Phase 3 have not yet been made."