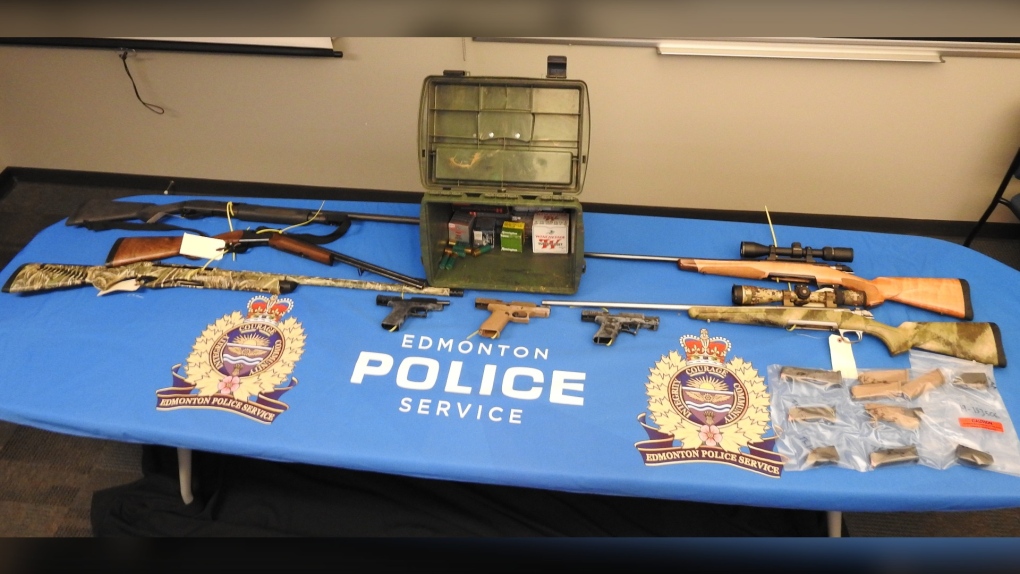 EDMONTON -- A man has been charged with firearm trafficking after police seized rifles, shotguns and handguns in Edmonton and Bonnyville.

The Edmonton Drug and Gang Enforcement (EDGE) began to investigate on Oct. 21 after a Bonnyville man bought 14 handguns over the previous 30 days, the Edmonton Police Service said.

Police said they saw the man go into a home in the area of 153 Avenue and 121 Street with the handguns and then leave without them.