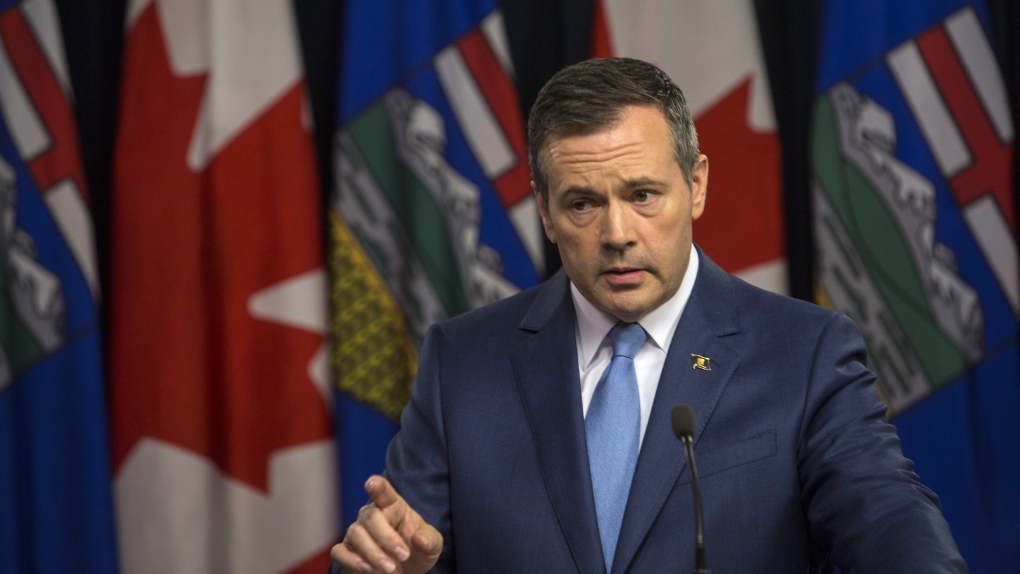 Premier Jason Kenney speaks to the media in Edmonton on Tuesday Oct. 22, 2019. THE CANADIAN PRESS/Amber Bracken

EDMONTON - Premier Jason Kenney is urging federal cabinet ministers with portfolios of interest to Alberta to listen to the province's concerns and to take them seriously.

He says in a statement that his government is willing to work with Prime Minister Justin Trudeau and his new cabinet to address issues the province red-flagged following last month's federal election.

The Liberals did not win a seat in Alberta after nabbing four in the 2015 vote and talk of western alienation has grown.

The Trans Mountain pipeline expansion, equalization payments and federal laws that Kenney says hurt Alberta's energy industry have all been brought up as concerns Ottawa must address.

The province is also challenging the federal carbon tax in court.

He says his United Conservative government will continue to push for what he calls a fair deal for Alberta within Canada.

“We have much to discuss with the prime minister and his new cabinet on these and other items we have already set out in letters and public communications since the federal election,” he said in his statement.

This report by The Canadian Press was first published Nov. 20, 2019.