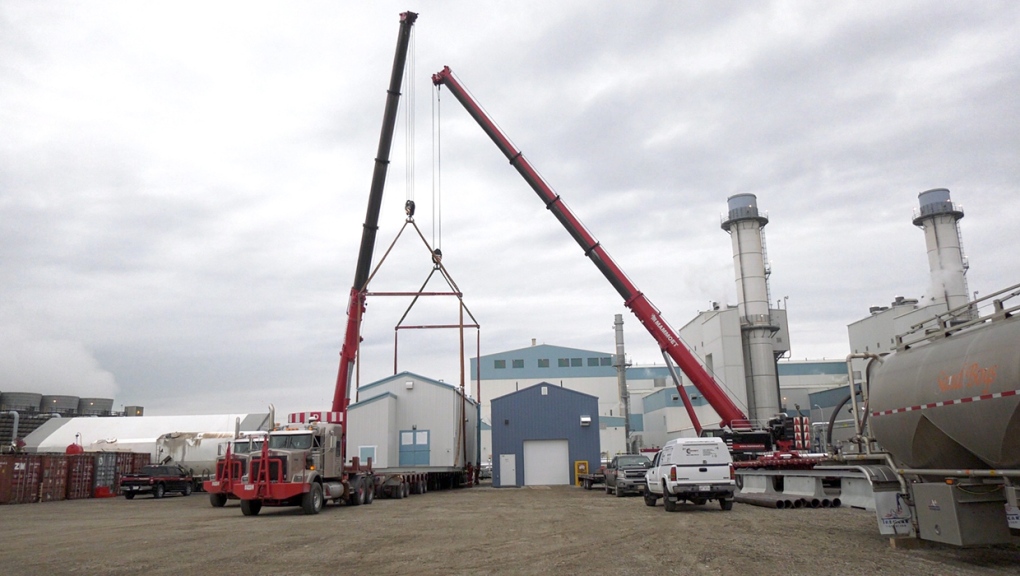 Alberta is currently accepting requests for proposals to operate an underground carbon storage hub serving the Alberta Industrial Heartland (AIH) zone near Edmonton. The process to select an operator for another hub near Cold Lake will come "on the heels" of that, Savage said in an interview late on Thursday.

"We are going to need to move on Cold Lake very, very quickly after Heartland," Savage said. "It's a hub that will give certainty to oil sands and heavy oil production."

The government is keen to move forward this year on several carbon storage hubs, where an operator will sequester both their own and third-party emissions, so industries in different areas of the provinces are not at a competitive disadvantage.

Carbon capture, utilization and storage (CCUS) is expected to be a key part of global efforts to contain emissions from fossil fuel production. It involves capturing carbon produced from heavy industrial processes like upgrading oil sands bitumen and storing it permanently underground.

"CCUS is probably my number one priority file at the moment," Savage said.

Fatih Birol, the head of the International Energy Agency, said on Thursday his organization considered CCUS to be one of the three most critical decarbonization technologies.

Alberta is aiming to aggressively expand its CCUS industry to help cut emissions and safeguard the future of its energy industry as the world aims for net-zero emissions by 2050. Savage's comments show how that plan is taking shape.

There has also been "tremendous interest" in a hub in the Grand Prairie region, where a lot of natural gas processing takes place, Savage added.

Alberta announced last year it would hold a competitive process for how it allocates underground pore space after a number of companies including Royal Dutch Shell, TC Energy and an alliance of oil sands producers proposed CCS projects.

The government asked for formal proposals for the AIH first because they received the most interest in that area, and a number of proposals competing for the exact same underground pore space, Savage said.

Alberta plans to select the AIH sequestration hub operators by the end of March, and Savage said projects that will be up and running quickly are more likely to be successful.

"We have suggested to industry that time is of the essence, we'll be weighted more heavily towards project proposals that will be in service at an earlier date," she said.

Savage said all projects will have to go through a regulatory process, and would likely take a couple of years to start operating.