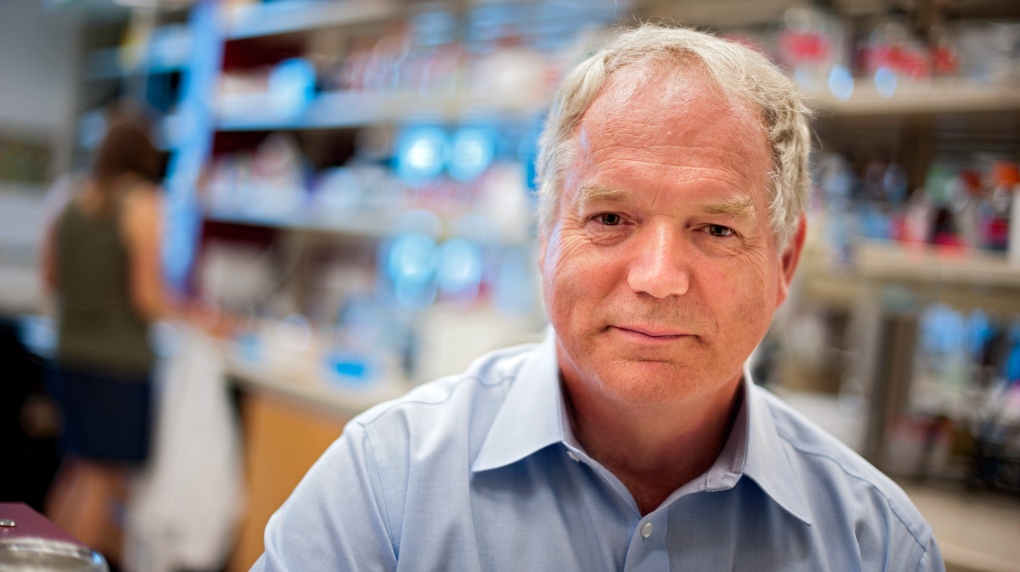 EDMONTON -- A University of Alberta researcher has been awarded this year's Nobel Prize in medicine - the first time Canadian medical science has been so recognized in nearly a century.

British-born scientist Michael Houghton of the university's Li Ka Shing Institute of Virology is one of three recipients of the Nobel Prize for Medicine or Physiology for the discovery of the hepatitis C virus.

“It's a great honour,” Houghton said following the announcement Monday.

“I'm really happy that I got it while I was at the University of Alberta. They've been a wonderful host for me.”

Houghton said the success is the result of persistence in basic science and applying it to real-world problems.

“You need basic research, but you have to use the information that basic research is producing. I would like to see a lot more effort applying our current knowledge to disease.”

He said the world's current struggles with COVID-19 show that viral diseases are going to be an ongoing challenge for humanity.

“These viruses are a permanent threat. We need diagnostics. We need antivirals and we need vaccines. We have to have a vaccine to stop pandemics.”

The Nobel Committee noted that the men's work identified a major source of blood-borne hepatitis that couldn't be explained by the previously discovered hepatitis A and B viruses. Their work, dating back to the 1970s and 1980s, has helped saved millions of lives, it said. 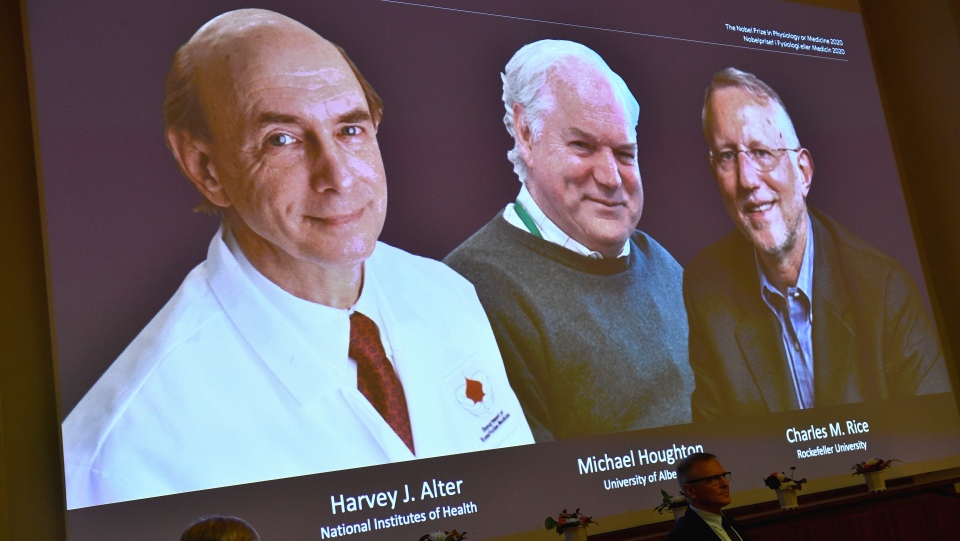 “Highly sensitive blood tests for the virus are now available and these have essentially eliminated post-transfusion hepatitis in many parts of the world,” the committee said.

“Their discovery also allowed the rapid development of antiviral drugs directed at hepatitis C,” it added. “For the first time in history, the disease can now be cured.”

It's the first Nobel for a medical researcher at a Canadian institution since Frederick Banting won in 1923 for the discovery of insulin, said the virology institute's director, Lorne Tyrrell.

“Canada is so very proud to have their second (medical) Nobel Prize winner,” he said. “We've waited a long time.”

The hepatitis C virus is a major source of liver disease that affects millions worldwide.

The WHO estimates there are over 70 million cases of hepatitis C worldwide and 400,000 deaths from it each year. The disease is chronic and a major cause of liver cancer and cirrhosis requiring liver transplants.

The medicine prize carried particular significance this year due to the novel coronavirus pandemic, which has highlighted the importance of medical research for societies and economies around the world.

The Nobel Committee couldn't reach Houghton at first to tell him he'd won. It was Tyrrell who finally reached him in California, where he also works.

“I was so excited when I saw the announcement. I waited a few minutes because I thought the Nobel Committee might be talking to Michael. I phoned him about (4:15 a.m.) to say I'd just seen the news and it's wonderful - you've won the Nobel prize.”

The Nobel Committee often recognizes basic science that has laid the foundations for practical applications in common use today.

The prestigious Nobel award comes with a gold medal and prize money of 10 million Swedish kronor (more than US$1.1 million), courtesy of a bequest left 124 years ago by the prize's creator, Swedish inventor Alfred Nobel.

Monday's medicine award is the first of six prizes being announced through Oct. 12. Other prizes are for outstanding work in physics, chemistry, literature, peace and economics.

This report by The Canadian Press was first published Oct. 5, 2020