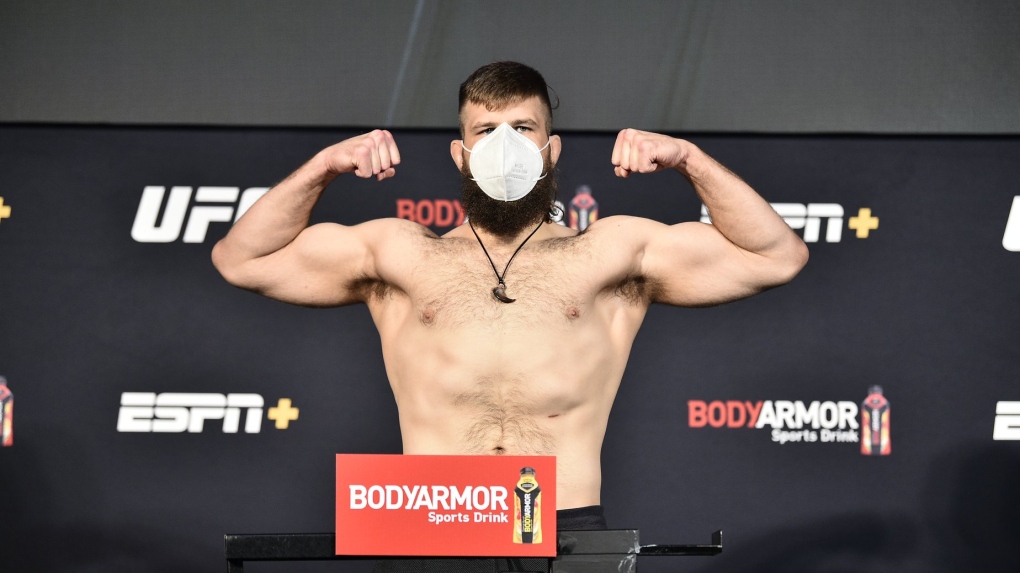 The 29-year-old from Bonnyville, who now calls Edmonton home, is coming off a decision loss to former UFC champion Andrei (The Pit Bull) Arlovski last November. That snapped a two-fight win streak.

I'm not happy with myself and I have to get better. I had a big opportunity and I blew it,“ Boser said via social media after the loss in Las Vegas.

The UFC has yet to announce a venue for the June 5 televised card.

Boser (19-7-1) is 3-2-0 in the UFC with his other loss to France's Cyril Gane, currently ranked fourth among UFC heavyweight contenders.

The 37-year-old Latifi (14-8-0 with one no-contest) moved up to heavyweight last time out, saying the weight cut to make 205 pounds was too much.

He lost his heavyweight debut to No. 2 contender Derrick (The Black Beast) Lewis in February. Latifi has now lost three straight, including a KO at the hands of Volkan (No Time) Oezdemir, ranked eighth among light-heavyweight contenders.

The five-foot-10 Latifi, who is 7-6-0 in the UFC, weighed in at 246.5 pounds for the Lewis fight. Boser, meanwhile has been slimming down at heavyweight - he weighed in at 232.5 for the Arlovski bout.

The six-foot-two Albertan weighed in at 247.5 pounds in his UFC debut win over six-foot-seven Daniel (Daddy Long Legs) Spitz in October 2019.

This report by The Canadian Press was first published April 19, 2021