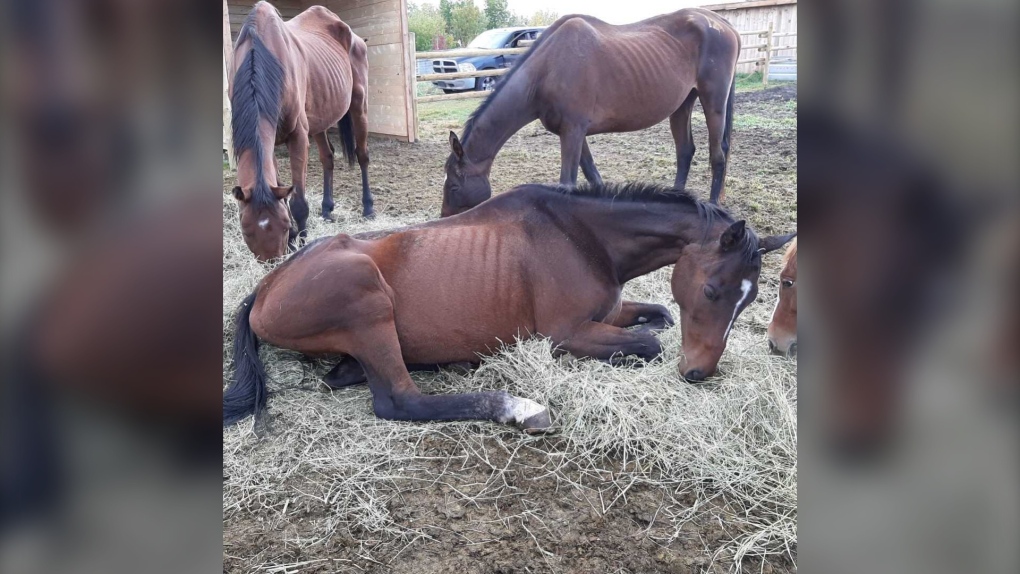 Alberta SPCA is investigating after emaciated-looking horses were put up for sale at an auction mart north of Edmonton the weekend of Sept. 19, 2020. (Credit: WHARF / Facebook)

EDMONTON -- An investigation has been launched after emaciated-looking horses went up for sale at an Edmonton area auction mart.

According to Alberta SPCA, the sickly animals were reported the weekend of Sept. 19.

The Whitecourt Homeless Animal Rescue Foundation says it rescued five at the sale.

“You can tell they all feel much better already,” WHARF told its supporters.

According to Alberta SPCA, the animals came from more than one owner.

“Part of the investigation will include tracking down the owners of the animals who consigned them to auction,” an SPCA spokesperson said.